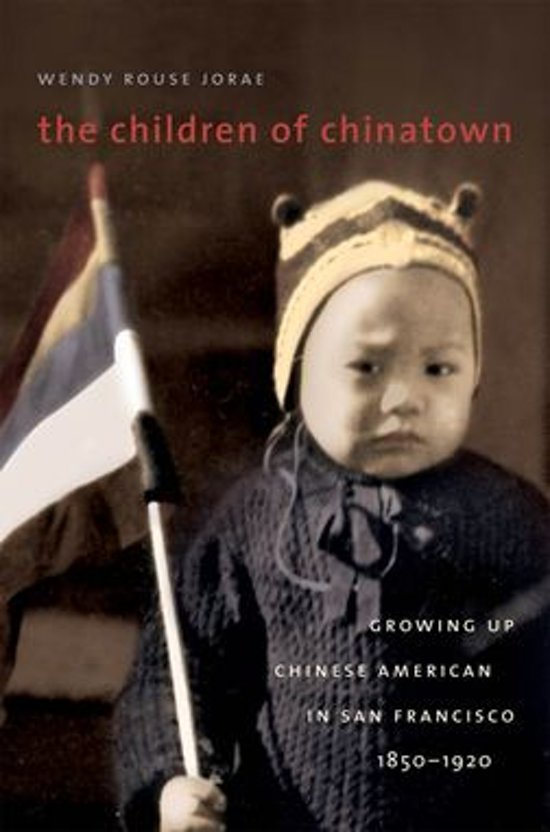 Revealing the untold stories of a pioneer generation of young Chinese Americans, this book places the children and families of early Chinatown in the middle of efforts to combat American policies of exclusion and segregation.


Wendy Jorae challenges long-held notions of early Chinatown as a bachelor community by showing that families--and particularly children--played important roles in its daily life. She explores the wide-ranging images of Chinatown's youth created by competing interests with their own agendas--from anti-immigrant depictions of Chinese children as filthy and culturally inferior to exotic and Orientalized images that catered to the tourist's ideal of Chinatown. All of these representations, Jorae notes, tended to further isolate Chinatown at a time when American-born Chinese children were attempting to define themselves as Chinese American. Facing barriers of immigration exclusion, cultural dislocation, child labor, segregated schooling, crime, and violence, Chinese American children attempted to build a world for themselves on the margins of two cultures. Their story is part of the larger American story of the struggle to overcome racism and realize the ideal of equality.

Illuminates an important, generally overlooked, if not historically invisible, component of a community. . . . The archival research . . . is impressive and solid.--Journal of American History [An] intensively researched study. . . . Go[es] beyond statistics to describe the experiences of individuals, a valuable resource for those seeking vibrant examples to enliven their teaching. . . . [Jorae's] attempt to demonstrate the continuing relevance of her topic is laudable, and the book is essential reading for those seeking a more sophisticated understanding of the Chinese American family in U.S. history.--Western Historical Quarterly The first comprehensive and detailed study of the history of Chinese American children in a major U.S. community. . . . [This book] will change the way we conceptualize Chinese American history.--American Historical Review
Toon meer Toon minder