The Choice How Clinton Won 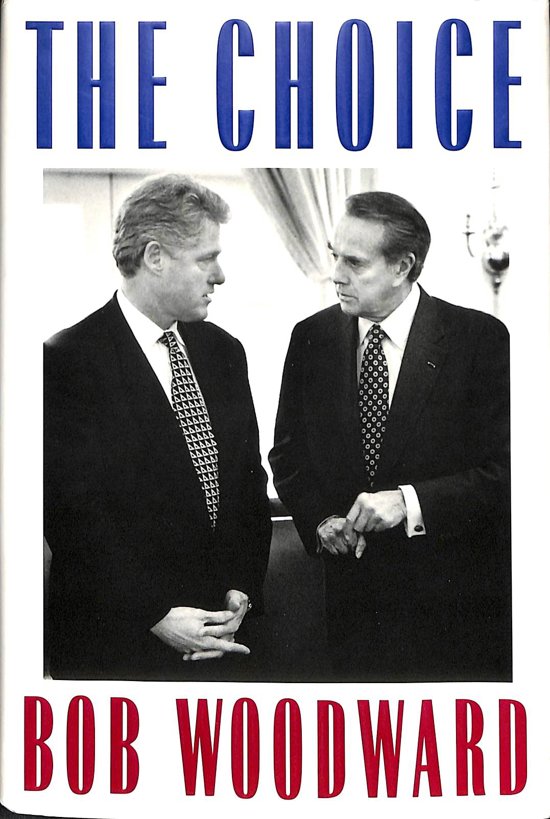 Based on a massive body of original reporting and documentation and on hundreds of interviews with firsthand sources, The Choice is the behind-the-scenes story of President Bill Clinton and Senate Majority Leader Bob Dole over the last two years. It is the personal and political story of how the nation's two top leaders prepared themselves to square off for the 1996 presidential election.

Never before has political reporting provided voters with so much authoritative, in-depth information on the candidates before a presidential election. The Choice sets the stage for the November 5, 1996, election with a study of the contenders in action-- their decisions, their conversations, their private assessments, their disappointments, their anger and triumphs, their definitions of themselves and their evolving understanding of national purpose. Included in this wide-ranging political history is exclusive new material on the Republican primary contest; the White House and congressional budget battles; thetop secret Bosnia strategy sessions in the White House; the influence of Vice President Albert Gore, Jr., and House Speaker Newt Gingrich; the role of political money; the uses of public opinion polling and advertising; former General Colin Powell's decision not to run; and the strategies of both campaigns, including Dole's decision to leave the Senate and his consideration of possible running mates.

Woodward has dug deeply into the personal and political relationship between Clinton and Dole, revealing their private conversations as these most tested products of the American system attempt to balance political gain against the welfare of the country. The Choice is also a character study of the two men and their wives, Hillary Rodham Clinton and Elizabeth Dole.