The Colossus of Roads 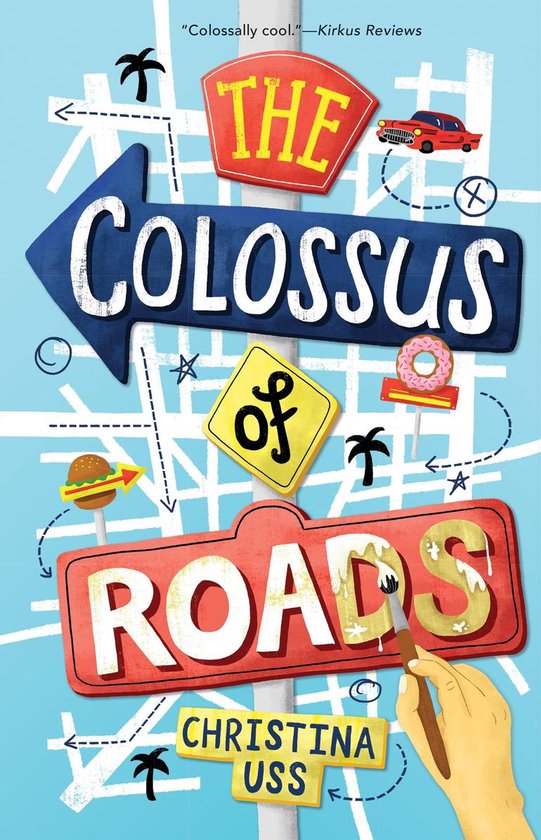 From the author of the acclaimed The Adventures of a Girl Called Bicycle comes a tale of traffic jams, secret plans, and one eleven-year-old boy's determination to save his family's livelihood.

Rick Rusek's stomach has a lot to say. It's got opinions on tasty foods, not-so-tasty foods, and driving in traffic-jammed Los Angeles makes it roil, boil, gurgle, and howl. It's doing the best it can. It never meant to earn its owner the nickname Carsick Rick or make him change schools for fifth grade.

And Rick's stomach isn't the only one dealing with terrible traffic. His family's catering service, Smotch, is teetering on the verge of ruin after a rash of late deliveries and missed appointments. Fortunately, Rick has the solution. Unfortunately, no one wants to listen to a kid.

Absolutely certain that he could fix the constant, endless traffic snarls, Rick hatches a plan. But he'll need help from his unicorn-loving Girl Scout neighbor, a famous street artist, and the best driver in L.A. Together they'll take on the stream of stalled cars--and a secret conspiracy or two, too.

It's going to be tough, but Rick won't give up. If he can successfully move the 330,000 slow-moving cars standing in the way of his family's future, maybe everyone will see that he's not Carsick Rick. He's one of the seven wonders of Los Angeles.