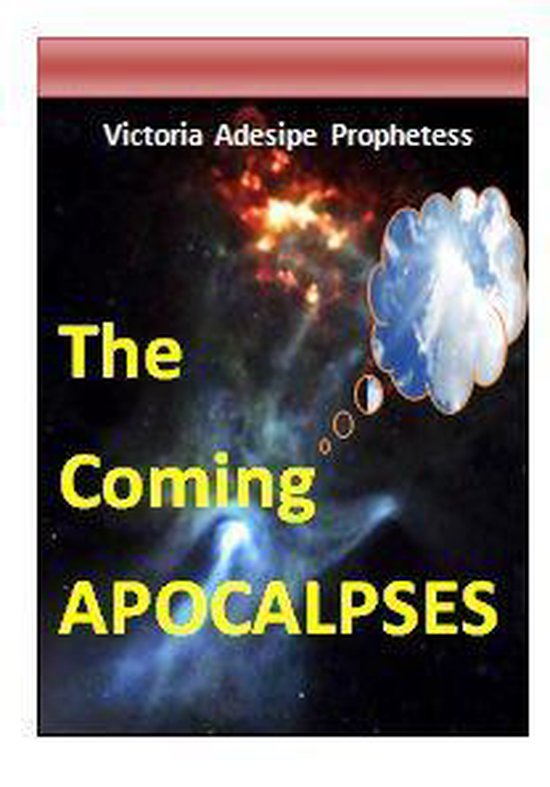 The book The Coming Apocalpses


In thinking about the coming apocalypses, what the Lord Jesus said about the importance of the soul comes to my mind. He said "' what shall it profit a man if he shall gain the whole world but forfeit his soul, what shall a man gives in exchange for his soul.'' See, I agree with those mighty words from the King of kings and Lord of lords.


Man is a spirit and has a soul and dwell in a body. It is while he is in this body, that the physical world is useful, but since it is appointed unto man to die once and after that there will be judgment. We have to purse and see why we must not give our whole lives to this physical world system alone. Am writing this book with the intent, I can get it across to kings and rulers of this world and the ruled. I want to tell them that there is a coming apocalypse that is already prophesied in the holy book of the God, the Bible.


People of this world must know that this age has definite timing of events that cannot be uttered. The owner of the earth is coming soon. But before he comes to take over the earth for a millennial reign, he is coming to take his own to himself in what is generally called the rapture of the saints for the marriage feast of the Lamb. This is the sudden taking away of hundreds of millions of ready Christians from all over the world. First there will the resurrection of dead saints and then the catching away of those of us still alive to meet him in the air before the coming apocalypses. 1 Corinthians 15; 51-58. He will get his own peope, the Church of the living God, ready so that we all can be conformed to him for he is the head and the Church is his body!!!!


The writing of this book will take the form that you can read things that are coming shown as a vision to John, in simplified form. Nothing shall be added or subtracted from the original message. So everything that will be mentioned in this book will be from the Holy Bible. So go with me as we survey one of the most important events that this world will witness, but has been hidden from so many—The coming apocalypses.


The essence of writing this book is for knowledge.


It is also to call attention of all Christians to become very serious with their faith in order to make the rapture and parciipate in the coming Marriage Feast of the Lamb.


It is written to waken the others to the reality of what is coming so that they can make a choice to surrender to the king of glory. So in summary;


Do you know that there sahll arise a world wide ruler, called the Anti Christ,-- the Beast who will be the last human ruler to rule this earth.


Do you know that before he comes on borad, the earth will witness an unprecedented level of anarchy , killings, destructions, deaths, hunger and wild beast invasion to the point that the world that will follow these things will claim about 1/4 of the world population.i.e 25% of world population will perish in these seal of 2, 3and 4 of revelation 6


Do you know that at a certain stage during the great tribulation, for about five months God will release certain beings from the botomless pit that will torment ungodly men for five months.


People will look for death. death will run away.


The good news is that shortly before the full scale release of all these evil, the marrigae feast will take place in heaven with the ressurected saints and those of us that will be caught up alive with the Lord. This book discussed at lenght the milleninum reign of Christ.


It is a book to read, My friend. get hold of a a copy and recommend it to your friends.


Please read with an open heart and God will give you greater understanding of that which shall come shortly as revealed to Apostle John. Maranatha.