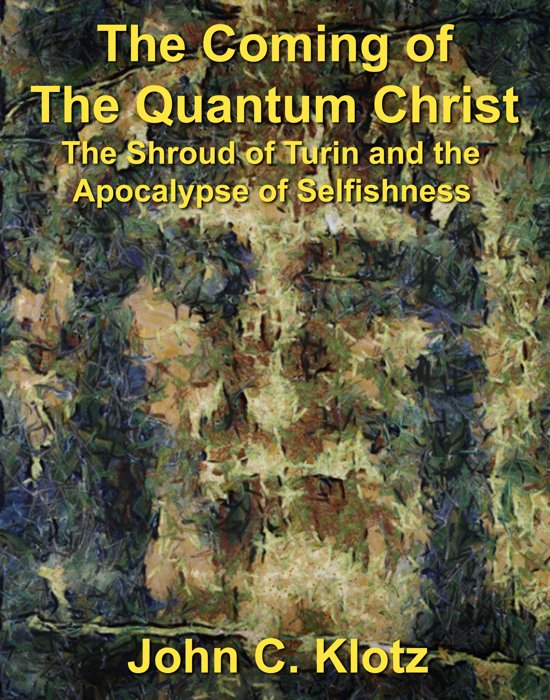 "If the Shroud of Turin is the authentic burial cloth of Jesus Christ, it is the most important object on the face of the earth with the possible exception of nuclear weapons. This book explains why.

Quantum Christ is about the confluence of religion and science in the study of the Shroud which assumes cosmic importance as humanity faces extinction in an Apocalypse of Selfishness. Selfishness which was one of the driving forces of evolution is now, through the selfish abuse of the environment, driving humanity to an inevitable extinction. Christ is the crucified martyr of unselfish love. Only prodigious, unselfish conduct by humanity can save it from extinction.

Read some of the reviews:
Barrie Schwortz
Editor, shroud.com
Documenting Photographer, 1978 Scientific Examination of the Shroud

''Meticulously researched, thoughtfully written and handcrafted with love and respect for the subject matter, this book is a must read for anyone fascinated by the Shroud of Turin and what it might mean to the world.''

''It is the best book ever written about the Shroud. Actually, it is not just about the Shroud. The Coming of the Quantum Christ is about what the Shroud is about. It is about the confluence of streams of human understanding that meet in the study of the Shroud. Religion converging with science is one. Our history meeting our future is another. This book makes us think.''

''John Klotz brings a lawyer's mind to an analysis of the Shroud and what, if genuine, it might mean for us. His assembly of the evidence for authenticity is meticulous and he relays it in an unfolding chronicle which also reveals the twists, turns and human frailties that have bedeviled the Shroud's reputation and left it in limbo to anyone who has never taken the time and trouble to dig a little deeper. It is far reaching in its scope and conclusions. Hold on to your hats."

Joe Marino
Author, Wrapped Up in the Shroud

''John Klotz has made a most impressive case for the argument that the Shroud of Turin is the actual burial cloth of Jesus. He thoroughly summarizes the history of the Shroud, including the politics involved in the controversial 1988 C-14 dating, as well as the scientific evidence that has been gathered since the late 19th century, including how the latest cutting-edge theory of quantum mechanics applies to the cloth. Heavily footnoted and lavishly illustrated with both color and black & white photos, this book should be in the collection of anyone interested in the Shroud, whether a novice or a trained scientist.''