The Comparative Number of the Saved and the Lost 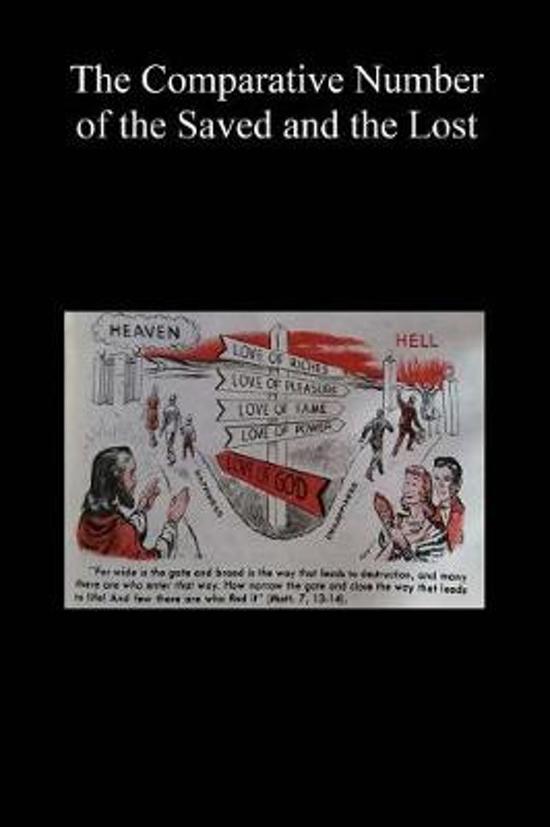 This study is the outcome of some thought on a subject which has long had an interest for the writer. Noone will find in it deep learning or reasoning. N or could such be expected of me.It was written and is published in the belief that it advocates an unpopular opinion opposed to those held by the great majority of writers and preachers. Still, I do hope that any whomay read it will not be too severe on me for my boldness, and will admit that something sound and solid may be said in its favour.I call my opinion unpopular-though it is hard to make out why it should be so-because for the one who advances it in book or pulpit, there are the nlany who uphold the contrary; and some of thenl in so decided and strong a manner as to suggest that none other is tenable.I need not say that if there be a thought expressed, or the manner of expressing a thought, which is not perfectly in keeping with the teaching and spirit of Holy Church, I unreservedly retract it.The theologians I have looked into are for the most part Cardinal Franzelin, S. J., and Father Hurter, S. J.; the Scripture Comnlentators- A. Lapide, Maldonatus, M' Evilly, Bellarmine on the Psalms, and Dr. Trench on the parables.I desire to thank the Censors who examined the manuscript, my Superiors who have allowed me to publish it, and His Grace the Archbishop of Dublin, who most kindly gave me his Imprimatur.This work came about in two ways. The first is an over reaction to sermons of Father Massillon, which were translated from French about a half a decade before this was written. Father Walsh also gave a sermon on the fewness of the elect, but in the wrong manner for a parishioner reacted wrongly. This got him to thinking, and he then wrote this book. Father Walsh writes: “THE reasons which have induced me to think the mildest opinion, namely, that the majority --and, I scarcely fear to add, the great majority -of mankind will be saved, are: 1st. Because the study of God's character urges, if not forces, me to do so; 2nd. Because this opinion appears to make most for His greater honour and glory, and for the merits of Christ; 3rd. Because the belief in it is better calculated to make us love God, and to serve Him the more from love.”This work is being reprinted, because a new work by the same title is being prepared to refute the propositions put forth in this work. The author of the latter work believes that in the interests of completeness this work be made available. He in no way endorses this work, but rejects the various heresies contained within.
Toon meer Toon minder