The Complete Book of Cheese Include A to Z of Cheese 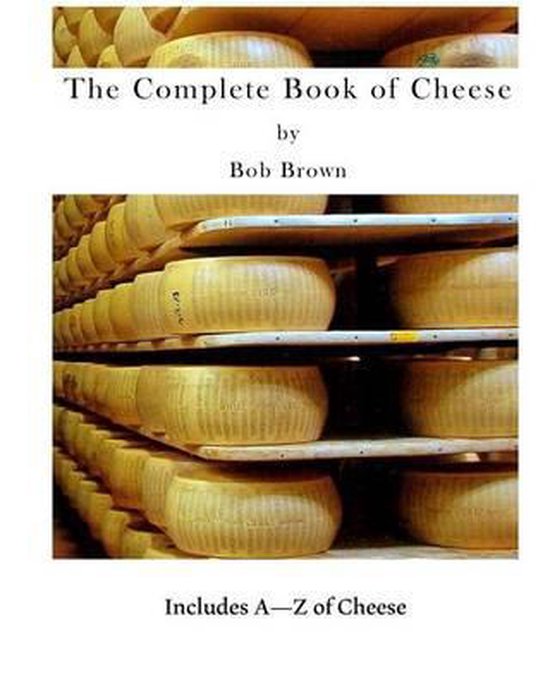 The Complete Book of Cheese

Cheese is a food derived from milk that is produced in a wide range of flavors, textures, and forms by coagulation of the milk protein casein. It comprises proteins and fat from milk, usually the milk of cows, buffalo, goats, or sheep. During production, the milk is usually acidified, and adding the enzyme rennet causes coagulation. The solids are separated and pressed into final form. Some cheeses have molds on the rind or throughout. Most cheeses melt at cooking temperature.

Hundreds of types of cheese from various countries are produced. Their styles, textures and flavors depend on the origin of the milk (including the animal's diet), whether they have been pasteurized, the butterfat content, the bacteria and mold, the processing, and aging. Herbs, spices, or wood smoke may be used as flavoring agents. The yellow to red color of many cheeses, such as Red Leicester, is produced by adding annatto. Other ingredients may be added to some cheeses, such as black pepper, garlic, chives or cranberries.

Cheese market day in a town in the north of Holland. All the cheese-fanciers are out, thumping the cannon-ball Edams and the millstone Goudas with their bare red knuckles, plugging in with a hollow steel tool for samples. In Holland the business of judging a crumb of cheese has been taken with great seriousness for centuries. The abracadabra is comparable to that of the wine-taster or tea-taster. These Edamers have the trained ear of music-masters and, merely by knuckle-rapping, can tell down to an air pocket left by a gas bubble just how mature the interior is.

The connoisseurs use gingerbread as a mouth-freshener; and I, too, that sunny day among the Edams, kept my gingerbread handy and made my way from one fine cheese to another, trying out generous plugs from the heaped cannon balls that looked like the ammunition dump at Antietam.

I remember another market day, this time in Lucerne. All morning I stocked up on good Schweizerkäse and better Gruyère. For lunch I had cheese salad. All around me the farmers were rolling two-hundred-pound Emmentalers, bigger than oxcart wheels. I sat in a little café, absorbing cheese and cheese lore in equal quantities. I learned that a prize cheese must be chock-full of equal-sized eyes, the gas holes produced during fermentation. They must glisten like polished bar glass. The cheese itself must be of a light, lemonish yellow. Its flavor must be nutlike. (Nuts and Swiss cheese complement each other as subtly as Gorgonzola and a ripe banana.) There are, I learned, ''blind'' Swiss cheeses as well, but the million-eyed ones are better.

But I don't have to hark back to Switzerland and Holland for cheese memories. Here at home we have increasingly taken over the cheeses of all nations, first importing them, then imitating them, from Swiss Engadine to what we call Genuine Sprinz. We've naturalized Scandinavian Blues and smoked browns and baptized our own Saaland Pfarr in native whiskey. Of fifty popular Italian types we duplicate more than half, some fairly well, others badly.