The Complex A Coming-Of-Age Story 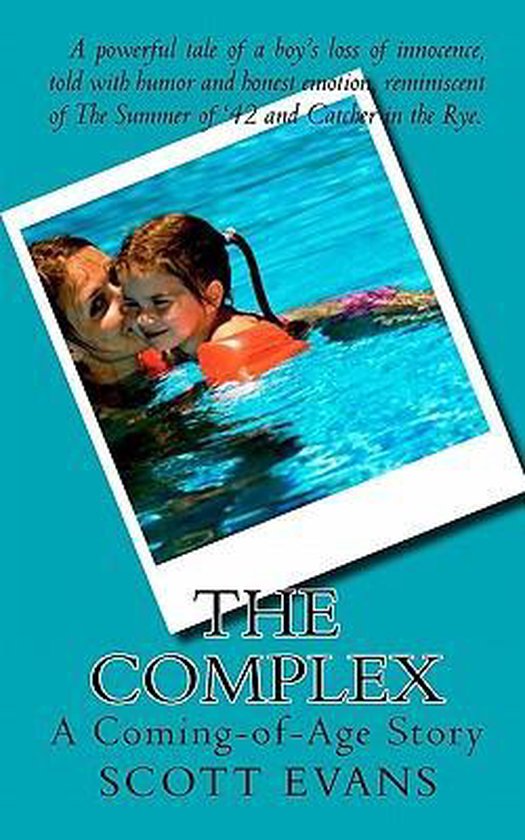 The Complex, by Scott Evans, tells the story of Robby Owens, a thirteen-year-old boy who, after his well-to-do parents’ divorce, moves with his mother from their upscale neighborhood near Pittsburgh to a small town in northern California. As his mother descends into alcoholism and depression, Robby searches for love and affirmation, but he encounters merciless ridicule and rejection at his new Catholic school, and humiliation in his first sexual encounter with an older girl. These experiences send him into a complicated relationship with Heather Price, a lovely, young single mother who lives with her six-year-old daughter Emily in the same apartment complex. As Robby’s feelings for Heather grow, he learns about her secret past, and the choices they make have consequences that alter the lives of everyone around them. The Complex reveals a powerful coming-of-age story with both humor and honest emotion, taking readers on a journey reminiscent of The Summer of ’42 and Catcher in the Rye.
Toon meer Toon minder