The Concept of Socialist Law 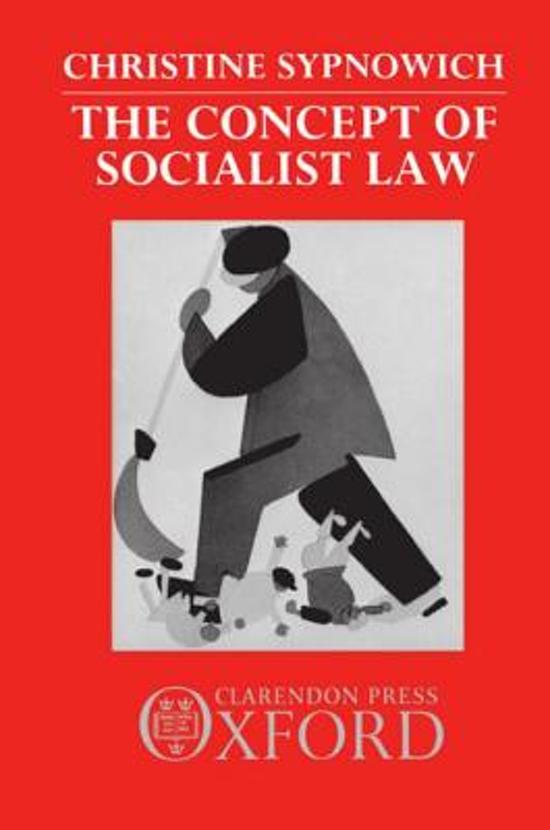 This book seeks to remedy the contempt for law prominent in socialist writings. While political thinkers on the left are indisputably concerned with justice, they dismiss those legal institutions which, in liberal capitalist societies, have ensured some minimum measure of justice in citizens' lives. Marxists in particular have tended to reduce law to a capitalist apparatus necessary to mediate conflict between egoistic wills or social classes. The book argues against this doctrine by showing that however ideal a society socialists envisage, legal institutions would be necessary to fairly adjudicate conflict between private and public interests. Each chapter takes up an issue in liberal jurisprudence to see how it would fare in a socialist theory which takes a constructive approach to law. The rule of law, natural and legal rights, obligations, and the sources of law are among the subjects covered. The book concludes that a socialist concept of law would enrich, not only debates about the nature of socialism, but also debates about community and justice which preoccupy mainstream' political theory and jurisprudence.
Toon meer Toon minder

'this work is excellent ... It is a must read for anyone interested in ethics, social and political theory, socialist theory and philosophy of law. It is accessible, yet not superficial, and very informative.' Bruce Wardhaugh, University of Victoria, Con. Philosophical Reviews, V.XI, No. 5 - V.XII, No. 1 (Oct 91 - Jan 92) 'the virtue of the book is that it says that socialism needs something more than a dose of liberalism ... It is the imnplication of Sypnowich's argument that is important and timely.' Times Higher Education Supplement 'this is a carefully written and cumulatively impressive discussion of law and socialism which goes a long way towards establishing that socialist legality is not necessarily a contradiction in terms' Times Literary Supplement