The Connors Chronicles The Magic Chest 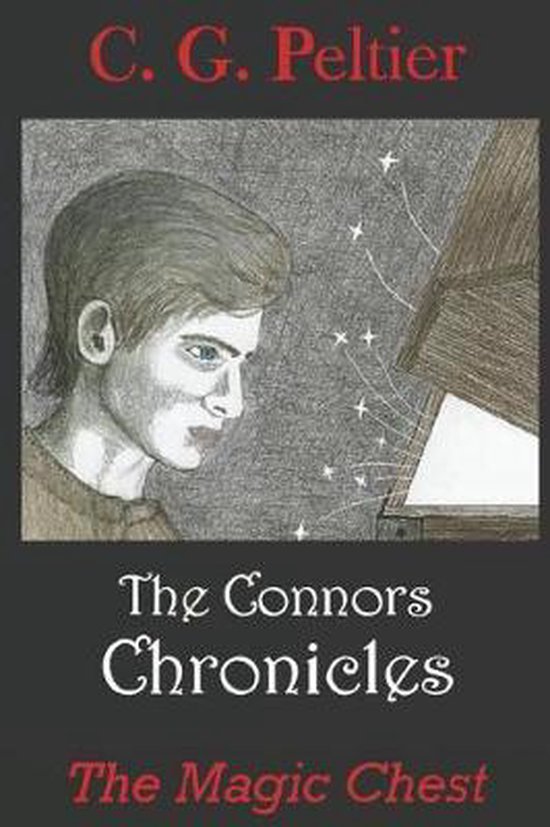 The mysterious Oak Forest is by far the largest forest in Freedonia. Travelers on the road between the Capitol Village, New Castle and the farming village, Oxdale would see a long line of trees along the north side of the gravel road and think nothing of it.This huge stand of trees, however, is no ordinary forest.It is a place of mysterious and strange happenings, of untold secrets and of magic, both good and dark. It is not a hospitable place for the timid.The forest is also an underground sanctuary for the royal Connors twins. They and their group of rebel friends are being hunted. Freedonia had become a very dangerous place for the royal twins.Through the years, these ancient trees have seen the progression of nature and the good and evil deeds of wizard kind past and present. If these trees could talk, they could tell of the fabled history it had witnessed over the centuries. They could tell of events, which have and are about to change the history of Freedonia.Yesterday, late in the afternoon a milestone event had happened here amongst the forest trees. Because of this little known happening, the future of Freedonia will be changed forever.Outside of the Oak Forest, this event went un-noticed except for the dark wizard from the east, Drake Aldric and his evil mother, Beatrice Aldric. They are painfully aware that, somewhere, in Freedonia the event they feared and had tried desperately to prevent had happened.For these two, it was a most dreaded event. After four, long years of an intense manhunt, the wanted posters offering high rewards, bounty hunters and countrywide searches, it had occurred anyway. It happened despite all the dark wizard from the east's efforts to stop it from happening.For those living in the shadows within the Oak Forest, this was a happy event and a reason for celebration. It was a time of joy, enjoying great food, music and dancing.What type of event could cause happiness for some and great anxiety for others?Strange as it may seem, it was a birthday party, a fifteenth birthday party.Birthdays happen all the time, but this one was no ordinary birthday. It was the fifteenth birthday of the Prince of Freedonia, Charles Connors IV and his twin sister, Princess Kelly Connors.The twin's actual birthday meant little to Drake Aldric. He hates all western wizards, but this boy he despises. He was quite anxious to do what he had attempted, but failed to do four years earlier, that was to eliminate the entire Connors family.What concerned Aldric most of all, was the fact that the young wizard Prince of Freedonia would be coming of age on his fifteenth birthday.Drake Aldric is aware that with the boy's coming of age, the Connors brat will be able to open and enter the Connors family magic chest. He may despise the boy, but he has great fear of what the boy might find inside of that dreaded chest.The Aldrics have no idea what the boy will find in there, they only know that Drake had found much of his dark magic power inside of his own Connors chest. It is the unknown contents of that chest that has them worried. It has brought great concern and fear to Drake Aldric and his mother and they have good reason to be concerned.
Toon meer Toon minder