The romantic and thrilling story of the southward and westward migration of successive waves of transplanted European peoples throughout the entire course of the eighteenth century is the history of the growth and evolution of American democracy. Upon the American continent was wrought out, through almost superhuman daring, incredible hardship, and surpassing endurance, the formation of a new society. The European rudely confronted with the pitiless conditions of the wilderness soon discovered that his maintenance, indeed his existence, was conditioned upon his individual efficiency and his resourcefulness in adapting himself to his environment. The very history of the human race, from the age of primitive man to the modern era of enlightened civilization, is traversed in the Old Southwest throughout the course of half a century. A series of dissolving views thrown upon the screen, picturing the successive episodes in the history of a single family as it wended its way southward along the eastern valleys, resolutely repulsed the sudden attack of the Indians, toiled painfully up the granite slopes of the Appalachians, and pitched down into the transmontane wilderness upon the western waters, would give to the spectator a vivid conception, in miniature, of the westward movement. But certain basic elements in the grand procession, revealed to the sociologist and the economist, would perhaps escape his scrutiny. Back of the individual, back of the family, even, lurk the creative and formative impulses of colonization, expansion, and government. In the recognition of these social and economic tendencies the individual merges into the group; the group into the community; the community into a new society. In this clear perspective of historic development the spectacular hero at first sight seems to diminish; but the mass, the movement, the social force which he epitomizes and interprets, gain in impressiveness and dignity. As the irresistible tide of migratory peoples swept ever southward and westward, seeking room for expansion and economic independence, a series of frontiers was gradually thrust out toward the wilderness in successive waves of irregular indentation. The true leader in this westward advance, to whom less than his deserts has been accorded by the historian, is the drab and mercenary trader with the Indians. The story of his enterprise and of his adventures begins with the planting of European civilization upon American soil. In the mind of the aborigines he created the passion for the fruits, both good and evil, of the white man’s civilization, and he was welcomed by the Indian because he also brought the means for repelling the Further advance of that civilization. The trader was of incalculable service to the pioneer in first spying out the land and charting the trackless wilderness. The trail rudely marked by the buffalo became in time the Indian path and the trader’s “trace”; and the pioneers upon the westward march, following the line of least resistance, cut out their, roads along these very routes. It is not too much to say that had it not been for the trader—brave, hardy, and adventurous however often crafty, unscrupulous, and immoral—the expansionist movement upon the American continent would have been greatly retarded. So scattered and ramified were the enterprises and expeditions of the traders with the Indians that the frontier which they established was at best both shifting and unstable. Following far in the wake of these advance agents of the civilization which they so often disgraced, came the cattle-herder or rancher, who took advantage of the extensive pastures and ranges along the uplands and foot-hills to raise immense herds of cattle. Thus was formed what might be called a rancher’s frontier, thrust out in advance of the ordinary farming settlements and serving as the first serious barrier against the Indian invasion. The westward movement of population is in this respect a direct advance from the coast. Years before the influx into the Old Southwest of the tides of settlement from the northeast, the more adventurous struck straight westward in the wake of the fur-trader, and here and there erected the cattle-ranges beyond the farming frontier of the piedmont region. The wild horses and cattle which roamed at will through the upland barrens and pea-vine pastures were herded in and driven for sale to the city markets of the East 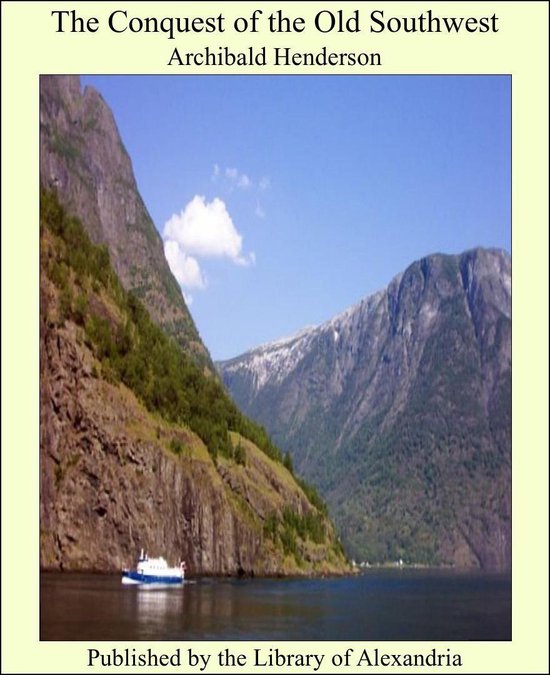