The Conquests of Mexico and Peru Volume II 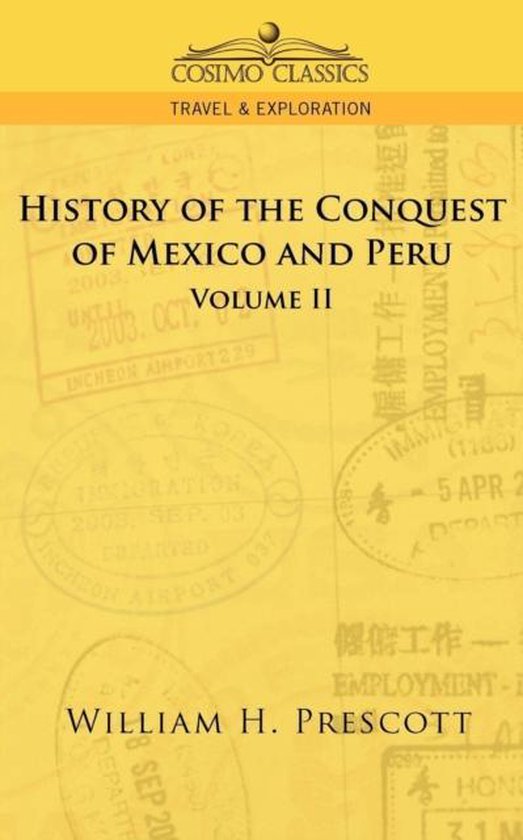 With its vivid language and bold strokes, the magnificent History of the Conquest of Peru, first published in 1847, is one of historian William Prescott's landmark works. A masterly study of Spanish conquistador Francisco Pizarro's overthrow of the Inca Empire, this astonishing chronicle is considered a classic of Latin American history. Noted for its striking portrayal of the Spanish character, the book rings with a "fusion of courage, cruelty, pride, and gallows humor," says Darnell. "We seem to be overhearing dialogue and observing firsthand the interaction between the Spaniards as they struggle for control of an empire." He hails this as "an immensely readable history." Also available from Cosimo Classics: History of the Conquest of Mexico, Prescott's companion volume about Cortes's subjugation of the Aztecs. Historian, writer, and scholar WILLIAM HICKLING PRESCOTT (1796-1859) was born in Salem, Massachusetts. A regular contributor to the prestigious Boston literary journal North American Review, he also authored numerous books of history, including 1837's The History of the Reign of Ferdinand and Isabella the Catholic, a critical and popular success in both America and Europe."
Toon meer Toon minder

Originele Titel
The Conquests of Mexico and Peru: Volume II