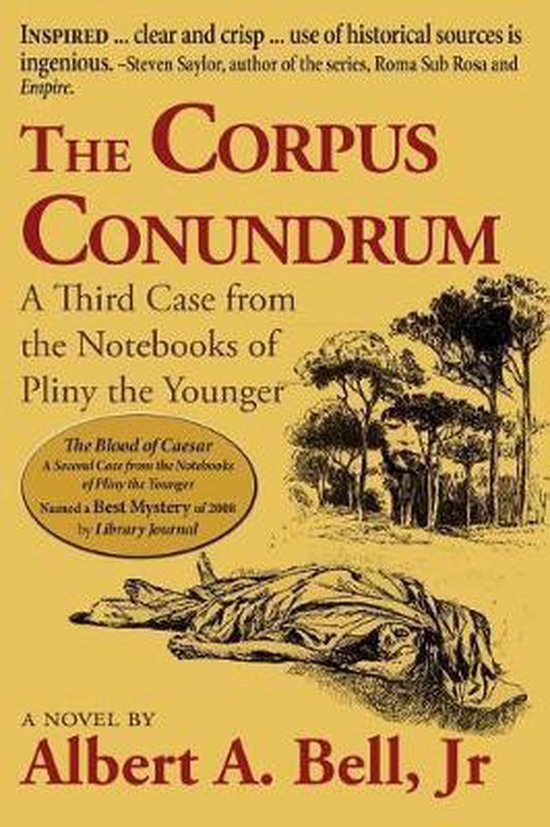 While out hunting, Pliny discovers a man’s body. He appears lifeless, but Pliny cannot find a cause of death. Even though he locks it in a stable, in the morning the body is gone. Strangers appear at Pliny’s door, claiming to be the man’s children. One sings siren songs and claims his “father” is immortal. Another may be an empusa, a shape-shifting, blood-drinking monster. Bodies pile up: a fifteen year old murder, a faceless man floating in the bay, and the “lifeless immortal,” this time with his throat cut. Was he killed for his blood? Clues include a whore’s status as a “friend” of Pliny’s family and an acrostic in Hebrew. Pliny and Tacitus must discover how the murders are connected to each other and to Pliny’s nemesis Marcus Aquilius Regulus.Praise for the books of the series:Outstandingly researched and laden with suspense … one of the masterpieces of the historical mystery genre. … Highly recommended for all collections.–Library Journal starred reviewBrings to the reader the many cultures that were yoked under the politics and power of ancient Rome. ... to reveal the sordid web of money, greed and ruthlessness hidden behind the facade of civilization. –Suzanne Crane, The Historical Novels ReviewSuperbly crafted, wonderfully written murder mystery ... a thrilling detective story meticulously back-grounded with accurate historical detail. –Midwest Book ReviewWonderful historical mystery set in the Roman Empire ... helps the reader experience what it was like to live during Roman times. Historical figures come alive in his expert hands. – Bob Spear, Heartland Reviews: Five HeartsSuperlative job of leading the reader into his Roman world … The plot “worked”, and the dialogue seemed just right.A winner all around! – Margaret F. Baker, Past Tense, of the Historical Mystery Appreciation Society
Toon meer Toon minder