When this encyclopedic history of the Jews was first published in 1958, it was hailed as one of the great works of its kind, a study that not only chronicled an assailed and enduring people, but assessed its astonishing impact on the modern world. Now this scholarly and comprehensive book has been massively revised and updated by its author, a professor of modern history at the George Washington University and one of the most respected authorities on the lives and times of the Jewish people.


The new edition casts additional light on the milestones of the Jewish saga from the eighteenth century to the close of the twentieth: the Jews' emergence from the ghetto and into the heart of Western society, the debate between the voices of tradition, assimilation, and Zionism; virtual destruction during the Holocaust; and troubled rebirth in Israel. Here, too, are evocative portraits of today's disapora, from the Jews of America to the embattled communities of the former Soviet Union and the Third World. 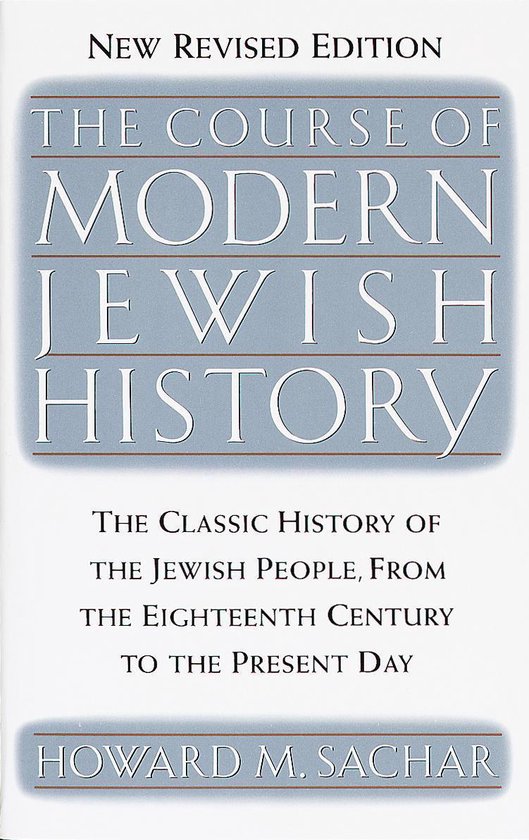