The Craft of Writing Science Fiction that Sells 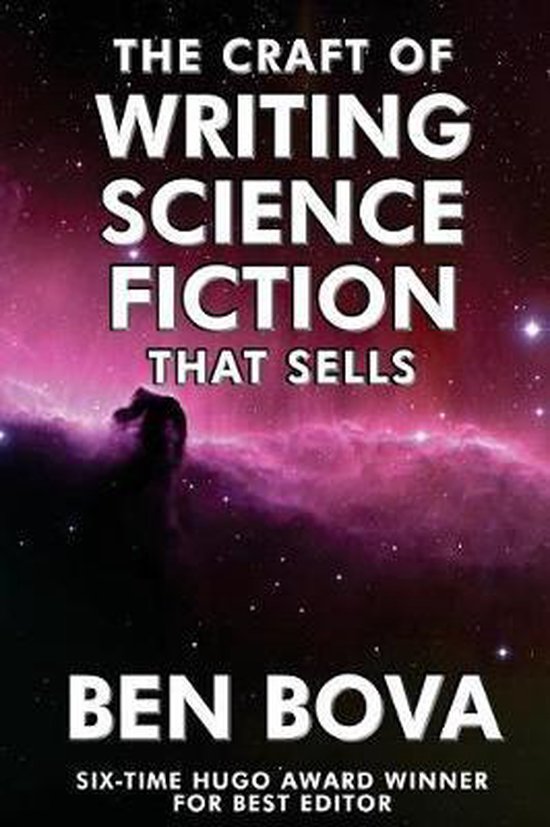 Ben Bova, best-selling author and six-time Hugo Award winner for Best Editor explains step by step all the elements you need to write profesionally selling science fiction. Bova was editor of both Analog and Omni magazine, two of the best-ever markets for short fiction, as well as a best-selling novelist and former President of SFWA — so nobody knows what sells better than Ben Bova. The book breaks down every aspect of writing and analyzes it in depth, including with complete example short stories that he examines for how they tick. The book targets science fiction in particular since it's one of the hardest genres to write, but his explanations are applicable to fiction of any genre.

This is a must-read for anyone trying to break into the professional science fiction writing field.

Ben Bova, author of more than eighty futuristic novels and nonfiction books, has been involved in science and high technology since the beginning of the space program. Formerly president of Science-fiction and Fantasy Writers of America and President Emeritus of the National Space Society, Bova is a frequent commentator on radio and television, and a popular lecturer. He has also been an editor and an executive in the aerospace industry.

His novels, such as Mars, The Exiles Trilogy, and The Grand Tour series, combine romance, adventure, and scientific accuracy to explore the impact of technological developments on individuals and on society as a whole. His nonfiction books, such as Welcome to Moonbase and Assured Survival, show how modern technology can be used to solve economic, social and political problems.

Bova has taught science fiction writing at Harvard University and at the Hayden Planetarium in New York City. He lectures regularly on topics dealing with the space program, energy, the craft of writing, and the art of predicting the future. His audiences have included the National Geographic Society, government and corporate executive groups, writers' workshops and university students. He has worked with film makers and television producers, such as Woody Allen, George Lucas and Gene Roddenberry.

Bova has appeared on hundreds of radio and television broadcasts. He was a regular guest on CBS Morning News, and has appeared frequently on Good Morning America and the Today show.

He was editorial director of Omni magazine and editor of Analog magazine. He received the Science Fiction Achievement Award (the ''Hugo'') for Best Professional Editor six times.

Don't keep making the same mistakes — take your writing to the next level by reading THE CRAFT OF WRITING SCIENCE FICTION THAT SELLS today!
Toon meer Toon minder