The Critical Response to Saul Bellow 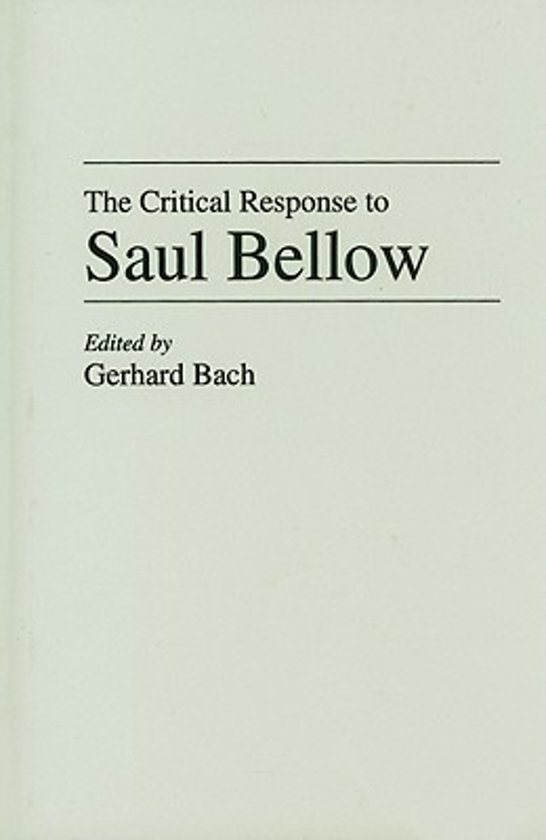 Though one of the most significant American writers of the 20th century, Saul Bellow has continually elicited conflicting responses from critics. Some critics have seen him as America's greatest contemporary writer, while others have discounted him as discouragingly redundant. Not even his novel Herzog, generally considered his worthiest achievement, has gone unchallenged. The expansion of critical theory in the last decade has added to the controversy over Bellow's works. The reviews and essays gathered in this volume illustrate the many disparate critical responses and approaches to Saul Bellow over the last 50 years, from the late 1940s into the 1990s. Representative samples of criticism from the earliest reviews to the most recent assessments trace the different critical phases and approaches to Bellow's work over time. The selections included also reflect larger trends in literary criticism over the last half century and chart the history of the critical community's response to Bellow. The selections are arranged chronologically in clusters devoted to particular works.
Toon meer Toon minder