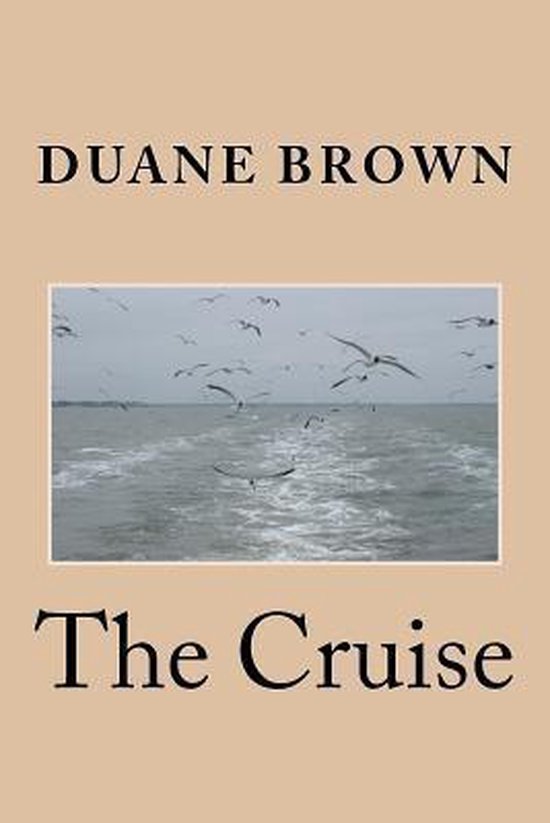 Title: The CruiseAuthor: Duane Brown Four ex-Marines and their spouses went to Vietnam renew fading memories of comrades in arms and romances and battles won and lost. On the last leg of their trip to the United States aboard the English cruise ship Royalty danger and opportunity present themselves. Four terrorists have placed an atomic bomb on the ship. It is destined for the infidels in New York City and is set to explode when the ship docks. The terrorists carry five million dollars that was to be used to pay for the bomb, but the terrorist kept the money and killed the people who sold it to them. The Marines decide to steal the five million dollars first and worry about the bomb later.The Vietnam Eight (V8) includes an alcoholic spouse, a couple whose marriage is on the rocks, a spouse who is bored with her humdrum life, and a couple whose unlikely union has blossomed into a lifetime love affair. The others include a card counting colonel and an ex F-14 pilot who is concerned but unable to help his wife stop her skid into a bottle. A careful drawn plot by the Marines to steal the money goes awry, but a stroke of luck delivers the money into their hands after the ship’s captain learns that an atomic bomb in the cargo hold is on a countdown to disaster. After he alerts American officials about the bomb, he is ordered by the President of the United States to stop before he enters U. S. waters. The terrorists, who have arranged to leave the ship when it comes into helicopter range are jolted into action when the captain slows ship’s progress toward the U. S., a step that makes it imposible to reach their pick up point in time. They overpower the ship’s crew and, with a gun that they will surely use pointed at the first officer’s head if the captain does not follow orders, the ship's speed is increased. The commander of a nuclear sub assigned to enforce the President’s order comes up with an ingenious plan and disables the Royalty without destroying it. Progress toward the U. S. mainland is halted, but the terrorists have fled, taking a member of the V8 (Ellie) with them as a hostage.The terrorists are gone, but the countdown to a nuclear explosion continues that will take the lives of more than four thousand passsengers and crew members continues. An attempt to bring a bomb squad from the mainland fails, leaving disarming the bomb to the ex-Marines on the ship. Gunny, a retired gunnery sergeant, develops a plan and the race to avoid a nuclear explosion begins. Gunny fabricates and inserts a safing device that should neutralize the nuclear portion of the bomb. However, the explosives that were to initiate the nuclear reaction remain a threat. With minutes to spare the bomb is dropped overboard. The explosives that were in place to activate the nuclear blast sends a plume of water rising into the air a few feet from the disabled Royalty. Gunny and the crew on the Royalty wait anxiously for the nuclear blast that will sink the ship and kill everyone on board. It doesn’t come.There is still work to be done. Ellie must be rescued, the terrorists brought to justice, and the problem of smuggling $5 million dollars into the U. S. addressed. The NYPD provides an unwitting assist with some of the money and a clever woman’s “dirty little plan” speeds the rest through customs. Ellie is rescued, the money gets through customs, and lives and attitudes change.
Toon meer Toon minder