The Cytoskeleton of Flagellate and Ciliate Protists 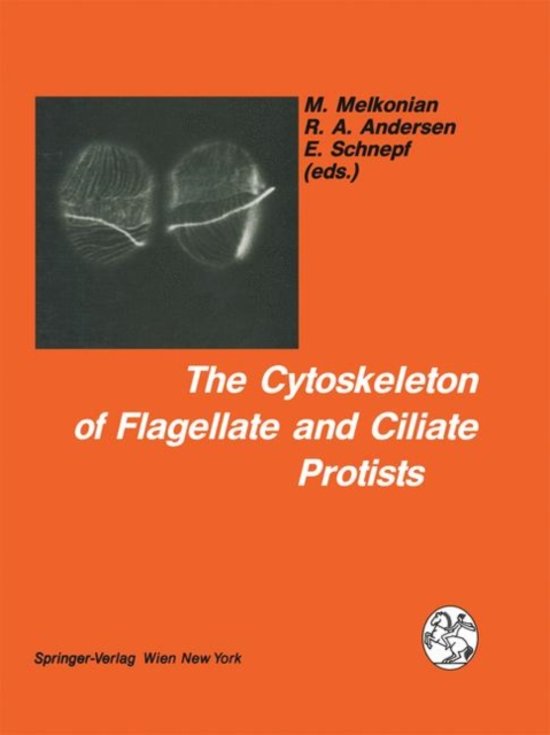 Protists are fascinating organisms that have diversified and protozoologists. For example, phycologists use the evolutionarily to inhabit most of the biosphere. Their term basal body while protozoologists use kine- tosome ; mycologists were indifferent and used both cytoskeleton is the primary reason that such a diver- sification is possible. Microtubules provided freedom terms! from the constraint of prokaryotic cell walls and they As knowledge increased, it became more and more were organized in various cytoskeletal configurations. apparent that the organisms studied in the classical The nine pairs plus two flagellum, a major component fields did not fit into monophyletic lineages. And when of many protistan cytoskeletons, gave a new meaning efforts were made to organize the protists into a phy- to the word motility beginning at least one thousand logenetic classification, it became strikingly apparent million years ago. Associated with the development of that we needed a common vocabulary. Until such a the flagellum were new contractile and noncontractile common vocabulary exists, it will remain difficult to proteins that are necessary for control and manipu- compare studies by scientists from different fields, it lation of the flagella. As the new protists ventured out will be difficult to identify homologous structures into new habitats and filled new niches, they evolved among protists, and the historical barriers created by new ways of sensing their surrounding environment. individual fields of mycology, phycology and proto- Phototactic responses became tightly coupled with the zoology will remain.
Toon meer Toon minder