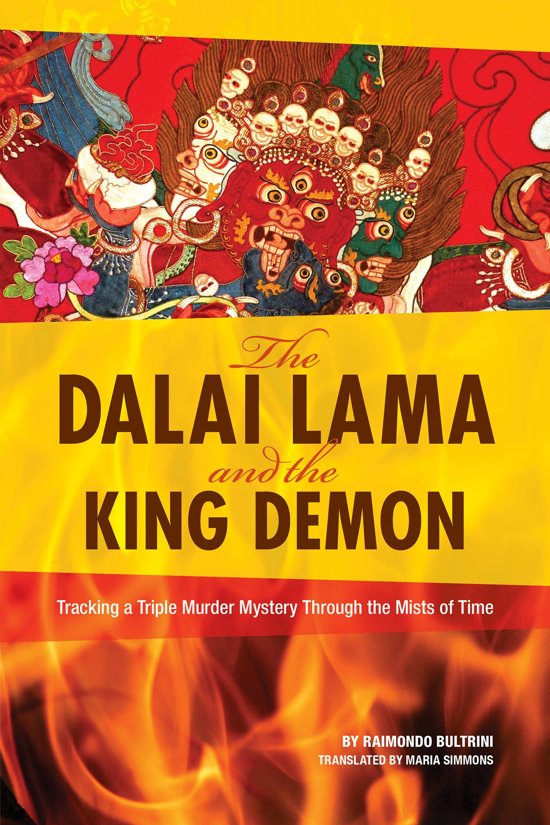 A triple homicide committed a few hundred yards away from the residence in exile of the Dalai Lama opens the doors to an unknown universe for Superintendent Rajeev Kumar Singh of the Indian police. He goes over every step of the crime and identifies its perpetrators as members of an exclusive cult dedicated to a demonic spirit with fearsome earthly powers. The chief suspects include the leading figures of a society devoted to the cult of Gyalpo Shugden, whose headquarters are to be found in the heart of Delhi's Tibetan exile neighborhood.


Raimondo Bultrini, an investigative journalist, decides to open a new trail by reconstructing the mystical aspect of the events. The Dalai Lama himself, determined to combat the sectarian outlook fostered in the name of the "king demon" by a group within the clergy of the Gelukpa school of Tibetan Buddhism, reveals to Bultrini hitherto secret religious and historical details regarding the impact of the cult. Recent events and developments seem to bear out his perspective, since many Gyalpo Shugden followers have found common ground with the Chinese authorities. The links between these renegade lamas and the Communist regime are becoming stronger, creating an alliance aimed at removing all traces of the Dalai Lama's lineage from Tibet's future. This is the first major exposé of this intriguing struggle at the heart of the mysticism and politics surrounding the Dalai Lama and the Tibetan quest for freedom.