At the head of a pleasant little valley high up among the bristling mountain-tops of the Black Forest, a tiny stream of clear water comes tumbling down the rocks, and, gathering strength and volume from an occasional spring or a rivulet, cuts a deep channel into the rich soil of the hayfields, and dances along gayly over its bed of glistening pebbles. To the north, west, and south the bold summits of the water-shed, heavily clothed in dark masses of coniferous trees, make a rugged, strongly accentuated sky line, and to the east delightful vistas of sunny slopes and fertile intervales stretch away in enchanting perspective to the hazy distance. This little stream, the Brigach, with its twin sister, the Brege, which rises about ten miles farther to the south, are the highest sources of the mighty River Danube, the great water highway of Europe since earliest history, celebrated for ages in legend and song, gathering on its banks in its course of nearly two thousand miles to the Black Sea the most varied and interesting nationalities in the civilized world, and unfolding in its flow the most remarkable succession of panoramas of natural beauty known to the geographer. The Black Forest Railway, which crosses the mountains from the valley of the Rhine into the upper valley of the Danube by the way of Triberg, mounts the western escarpment of the range by a series of steep grades, curves, and short tunnels, in the midst of beautiful scenery of a semi-Alpine character, and, after the divide is reached, follows the course of the Brigach to Donaueschingen, a tidy little town in the Grand Duchy of Baden, usually called the source of the Danube, and, for the greater part of the year, the head of navigation for small boats on the upper river. A mile and a half below Donaueschingen the Brigach and the Brege join, and the stream here receives the name of the Danube. Our party of three was made up of ideal elements. The accuracy of this statement must be permitted for a moment to eclipse the habitual modesty of that member of the expedition whose duty it has become to tell the story of the trip. The originator of the enterprise was an expert canoist who had steered his frail craft through breakers of various seas and over shoals of countless rivers. On him was to devolve the literary part of the expedition—an arrangement which would have been carried out but for the ruthless interference of that all-powerful tyrant, Time. The other two members of the alliance expected to take elaborate notes of all attractive features of the landscape and all interesting types of humanity, the one meanwhile joyfully anticipating the pursuit of his favorite study of botany, and the other indulging in the exhilarating prospect of explorations in the fascinating field of philology, and looking forward with no little interest to revisiting under the pleasantest of auspices old friends and familiar scenes. We agreed to meet at Donaueschingen on June 22d, and made all our arrangements to have the canoes reach that point on or previous to that date. The experience of old travellers with canoes was all against the successful consummation of this plan, particularly as two of the boats had to be shipped from New York, and would not be finished until the 3d of the month. The fate of the other canoe was more or less certain, for the owner decided to watch it himself all the way from London to the place of meeting, having learned after many disappointments that this process of transportation, although irksome, was the only one he could depend upon. On the evening of Saturday, June 20th, two of us left London in the wake of the Admiral of the fleet, who had paddled his canoe down the Thames to the Flushing boat some days before. 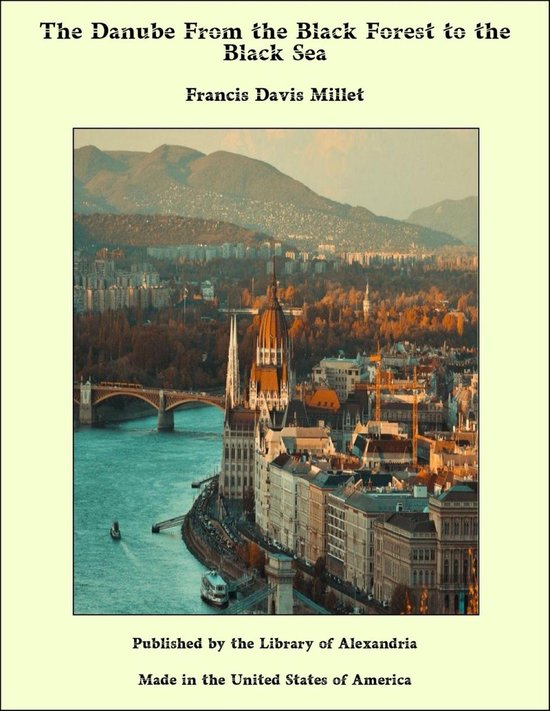