The Dastard's Progress What Need Had I of Knights, Bishops and Rooks? I Played the Pawn, and Thus I Took the King 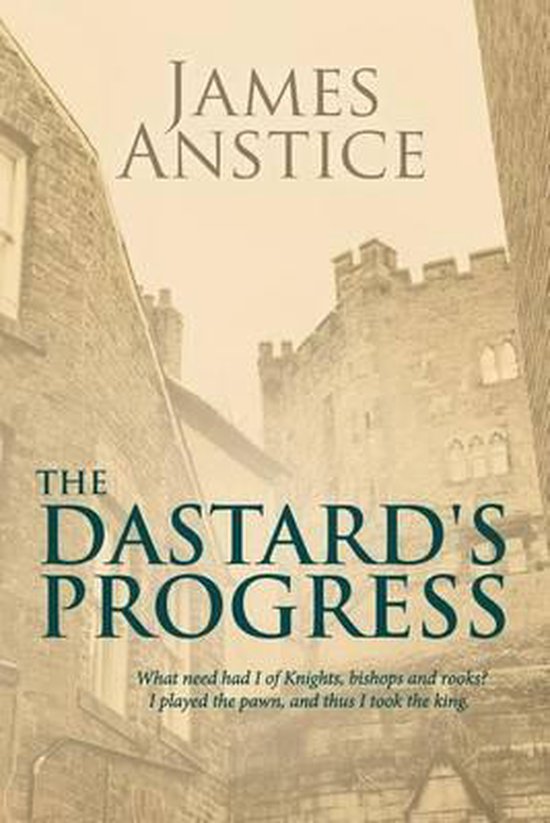 The book consists of the hitherto undiscovered memoirs of H Sykes MP: Puritan fanatic, hypocrite and parliamentary intriguer. The Dastard’s Progress is set in England in the years leading up to the Civil War (1633-1642), and takes place in Northamptonshire, Cambridge and London. Life and events are seen through the eyes of H Sykes esq, who at the beginning of the story is sixteen. Sykes is brought up in a stern, puritanical household - dominated by his father. Despite his father’s piety and self-righteousness, Sykes discovers, at the age of sixteen, that he has in fact been ‘playing fast and loose with half the willing slatterns of Northamptonshire.’ He also becomes highly suspicious, with reason, of his father’s role in his mother’s death during his early childhood.His father, who raised him with a severity that amounts to cruelty, instilled in him a burning indignation against the King and his government, whilst being the very person who stands in the way of his ambition to attain a position of power in society from which he can effectively challenge them. Sykes, having tried various unsuccessful ruses in order to attain a place at Cambridge University, and thus be free of his father’s dominance, resorts to the use of hemlock to achieve his ambition, first in his father’s food, then administered to him as a ‘medicine’ for the illness caused by it. Sykes thus becomes a young man of property and influence, and there is therefore nothing to prevent him using his new found wealth and status to enter Cambridge. Once at the university he stirs up the various religious factions he finds there, who have hitherto existed in a mistrustful state of reluctant tolerance. Having deposed the ‘moderate’ faction, Sykes has great success in gratuitously destroying any pleasurable activities innocently enjoyed by the townspeople and students of Cambridge. Due to his newfound fame, or notoriety, he is chosen by the powerful Puritan landowners of the Midlands and East Anglia to represent his part of Northamptonshire when King Charles I is forced to recall parliament in the spring of 1640.Once in the House of Commons, Sykes falls in with the leaders of Pym’s party, who are determined to wrest power from those closest to the King, such as Strafford and Laud, who they see as responsible for the infringement of their rights, and the rights of the people, during the eleven years of the King’s personal rule.At this time Sykes is alone in secretly wishing to destroy the King’s power altogether. His colleagues wish to limit it only, by transferring the power vested in the King’s advisers to parliament. In order to bring about his ambition, he knows that he must push the King to the point that he has no choice but to declare war on parliament. He sets the King against Parliament, and Parliament against the King, until both sides find themselves on the precipice of destruction.Based around true events, this is a fictional account of the dark forces behind the scenes that truly caused the English Civil War. The Dastard's Progress is a tale of historical adventure, romance, villainy and political intrigue.
Toon meer Toon minder