The Death Marches The Final Phase of Nazi Genocide 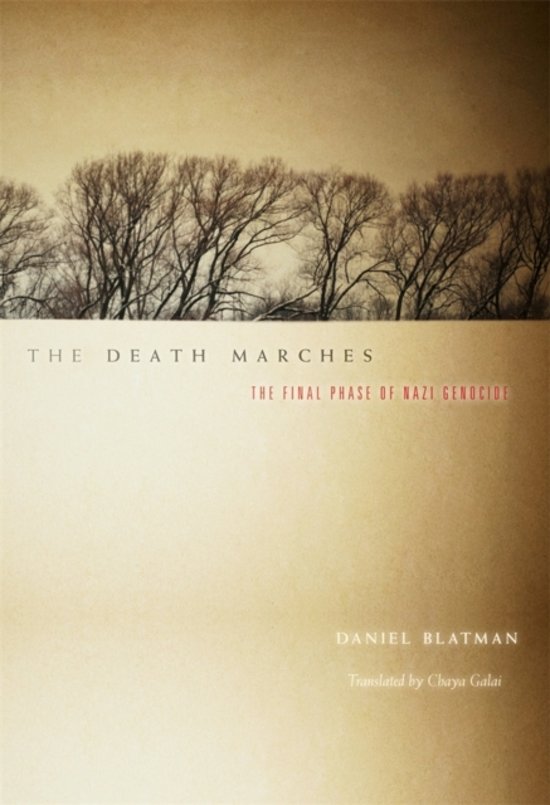 From January 1945, in the last months of the Third Reich, about 250,000 inmates of concentration camps perished on death marches and in countless incidents of mass slaughter. They were murdered with merciless brutality by their SS guards, by army and police units, and often by gangs of civilians as they passed through German and Austrian towns and villages. Even in the bloody annals of the Nazi regime, this final death blow was unique in character and scope. In this first comprehensive attempt to answer the questions raised by this final murderous rampage, the author draws on the testimonies of victims, perpetrators, and bystanders. Hunting through archives throughout the world, Daniel Blatman sets out to explainto the extent that is possiblethe effort invested by mankinds most lethal regime in liquidating the remnants of the enemies of the Aryan race before it abandoned the stage of history. What were the characteristics of this last Nazi genocide? How was it linked to the earlier stages, the slaughter of millions in concentration camps? How did the prevailing chaos help to create the conditions that made the final murderous rampage possible? In its exploration of a topic nearly neglected in the current history of the Shoah, this book offers unusual insight into the workings, and the unraveling, of the Nazi regime. It combines micro-historical accounts of representative massacres with an overall analysis of the collapse of the Third Reich, helping us to understand a seemingly inexplicable chapter in history. - Publisher.
Toon meer Toon minder