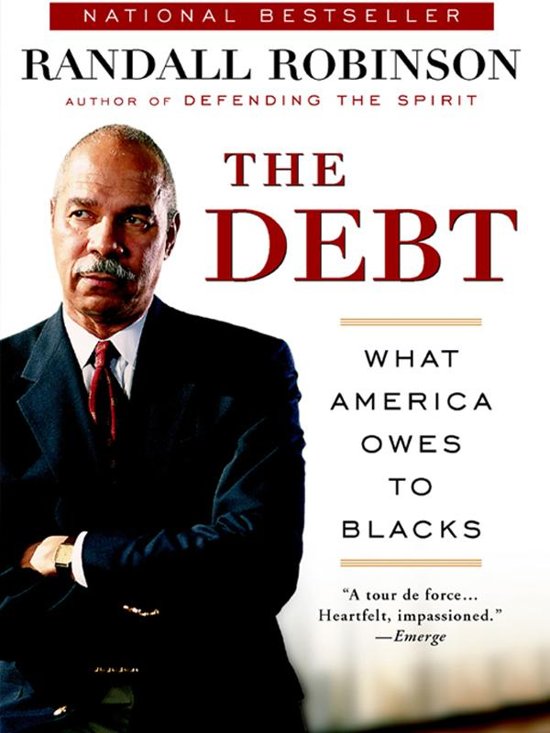 Randall Robinson is the founder and president of TransAfrica, the organization that spearheaded the movement to influence U.S. policies toward international black leadership. He is the author of Defending the Spirit: A Black Life in America, The Debt: What America Owes to Blacks and The Reckoning: What Blacks Owe To Each Other. Frequently featured in major print media, he has appeared on Charlie Rose, Today, Good Morning America, and the MacNeil/Lehrer NewsHour, among others.
Alles van Randall Robinson
Toon meer Toon minder

Both an unflinching indictment of past wrongs and an impassioned call to America to educate its citizens about the history of Africa and its people, The Debt says in no uncertain terms what white America owes blacks—and what blacks owe themselves.


In this powerful and controversial book, distinguished African-American political leader and thinker Randall Robinson argues for the restoration of the rich history that slavery and segregation severed. Drawing from research and personal experience, he shows that only by reclaiming their lost past and proud heritage can blacks lay the foundation for their future. And white Americans can begin making reparations for slavery and the century of racial discrimination that followed with monetary restitution, educational programs, and the kinds of equal opportunities that will ensure the social and economic success of all citizens.