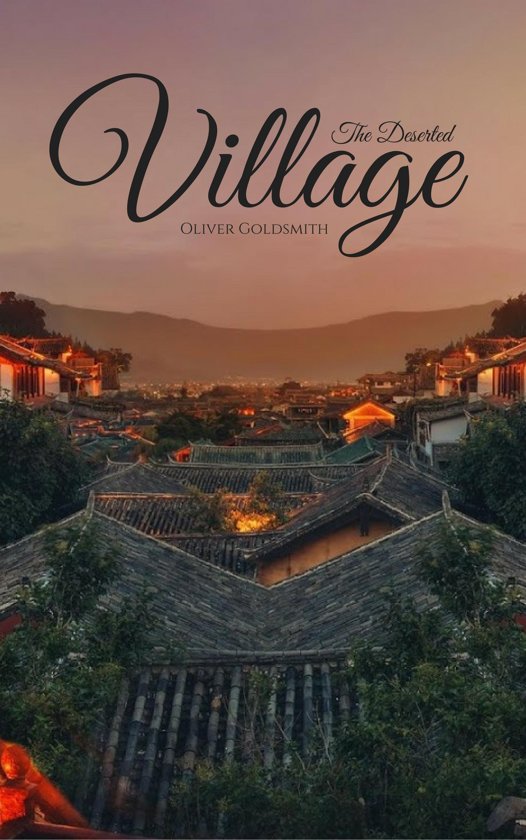 The Deserted Village is a poem by Oliver Goldsmith published in 1770. It is a work of social commentary, and condemns rural depopulation and the pursuit of excessive wealth.


The location of the poem's deserted village is unknown, but the description may have been influenced by Goldsmith's memory of his childhood in rural Ireland, and his travels around England. The poem is written in heroic couplets, and describes the decline of a village and the emigration of many of its residents to America. In the poem, Goldsmith criticises rural depopulation, the moral corruption found in towns, consumerism, enclosure, landscape gardening, avarice, and the pursuit of wealth from international trade. The poem employs, in the words of one critic, ''deliberately precise obscurity'', and does not reveal the reason why the village has been deserted. The poem was very popular in the eighteenth and nineteenth centuries, but also provoked critical responses, including from other poets such as George Crabbe. References to the poem, and particularly its ominous ''Ill fares the land'' warning, have appeared in a number of other contexts.