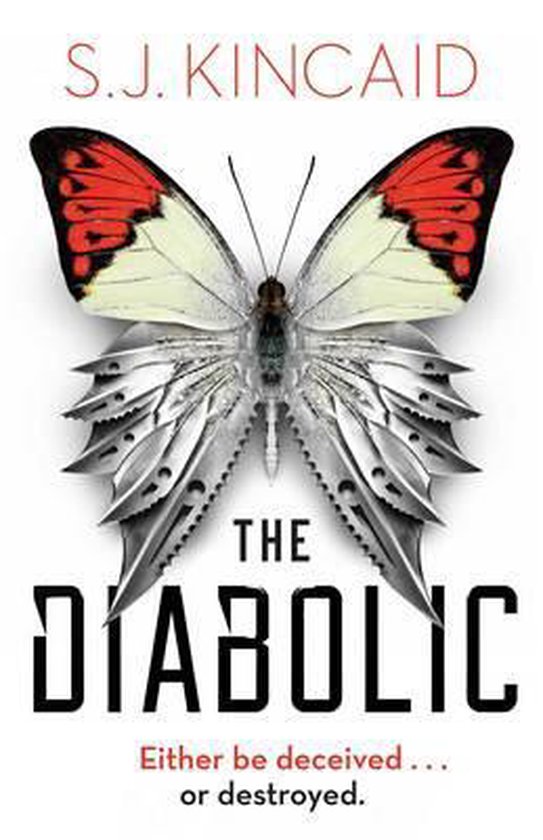 Epic and electrifying' Maximum Pop A Diabolic is ruthless. A Diabolic is powerful. A Diabolic has a single task: Kill in order to protect the person you've been created for. Nemesis is a Diabolic, a humanoid teenager created to protect a galactic senator's daughter, Sidonia. The two have grown up side by side, but are in no way sisters. Nemesis is expected to give her life for Sidonia, and she would do so gladly. She would also take as many lives as necessary to keep Sidonia safe. When the power-mad Emperor learns Sidonia's father is participating in a rebellion, he summons Sidonia to the Galactic court. She is to serve as a hostage. Now, there is only one way for Nemesis to protect Sidonia. She must become her. Nemesis travels to the court disguised as Sidonia - a killing machine masquerading in a world of corrupt politicians and two-faced senators' children. It's a nest of vipers with threats on every side, but Nemesis must keep her true abilities a secret or risk everything. As the Empire begins to fracture and rebellion looms closer, Nemesis learns there is something more to her than just deadly force. She finds a humanity inside her that is true and pure - more so than that of most humans she encounters. Amidst all the danger, action and intrigue, her humanity just might be the thing that saves her life - and the empire. Nemesis is my kind of strong female character - she fights ruthlessly, she loves to the max and she even dances brilliantly. But is she human?' Sally Green, author of Half Bad Think Game of Thrones meets The Hunger Games in space with lashings of romance' The Bookseller Ones to Watch' With an adventurous, high-concept plot and emotionally complex characters, The Diabolic is definitely one of the best YA books of the year' Culturefly A thrilling, pacy, addictive YA read' Amy Alward, author of The Potion Diaries A potent mix of Star Wars and The Hunger Games, this high octane epic stand alone will ensnare you in its web of intrigue right up to the nail biting finale. 5/5 Stars' The South Wales Evening Post This book is being printed with two different cover colours. Online orders will be assigned a cover at random you won't be able to choose.
Toon meer Toon minder