The Dog Crusoe and his Master 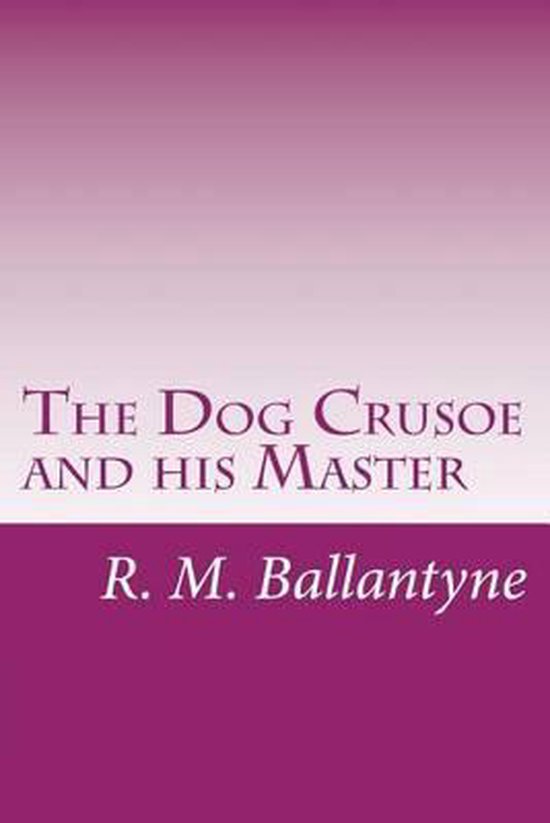 The dog Crusoe was once a pup. Now do not, courteous reader, toss your head contemptuously, and exclaim, “Of course he was; I could have told you that.” You know very well that you have often seen a man above six feet high, broad and powerful as a lion, with a bronzed shaggy visage and the stern glance of an eagle, of whom you have said, or thought, or heard others say, “It is scarcely possible to believe that such a man was once a squalling baby.” If you had seen our hero in all the strength and majesty of full-grown doghood, you would have experienced a vague sort of surprise had we told you—as we now repeat—that the dog Crusoe was once a pup—a soft, round, sprawling, squeaking pup, as fat as a tallow candle, and as blind as a bat.But we draw particular attention to the fact of Crusoe’s having once been a pup, because in connection with the days of his puppyhood there hangs a tale. This peculiar dog may thus be said to have had two tails—one in connection with his body, the other with his career. This tale, though short, is very harrowing, and, as it is intimately connected with Crusoe’s subsequent history, we will relate it here. But before doing so we must beg our reader to accompany us beyond the civilised portions of the United States of America—beyond the frontier settlements of the “far west,” into those wild prairies which are watered by the great Missouri river—the Father of Waters—and his numerous tributaries.
Toon meer Toon minder