The Domestic Life of the Jersey Devil Or, Bebop's Miscellany 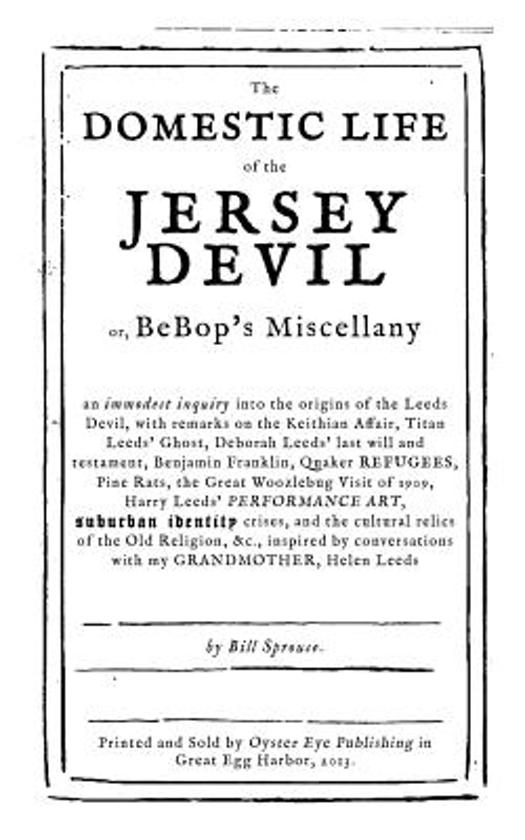 For centuries, the story of the Jersey Devil has been part of the culture of southern New Jersey. A fire-breathing monster with the head of a horse, bat wings and the body of a kangaroo, the creature is said to be the thirteenth child of a Mother Leeds, born in 1735 when the woman put a curse on her unfortunate offspring. Informed at a tender age by his grandmother--his BeBop--that he is distantly related to the beast, Bill Sprouse goes looking for the story behind the story of his family's connection to the famous monster. The result is part memoir, part travelogue and part lively tour through three hundred years of New Jersey history. The Domestic Life of the Jersey Devil traces the origins of the legend to a little-known pamphlet war that sent the Leeds family to Leeds Point in the waning years of the seventeenth century, with Daniel Leeds, the family patriarch, labeled "Satan's harbinger" in the process. It follows the story through its connection with the residents of the Pine Barrens (the famous Pineys), who were said to live in fear of the creature, and it looks at the legend in its modern variations: X-Files episodes are made about it, a pro hockey team is named after it, and residents of Galloway Township seek to adopt the monster as the Official Town Mascot. The Domestic Life of the Jersey Devil is a book about the suburbs and the uneasy relationship they have with their own history, and it's about one suburbanite's attempt to understand his own family's history in the most unlikely of places.
Toon meer Toon minder