The Doorbell of Forgiveness 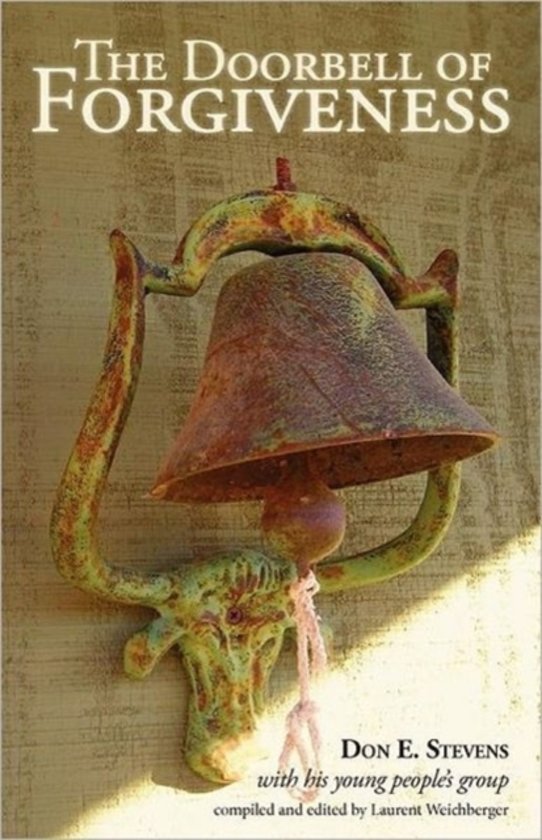 This book is based on a seminar given by Don E. Stevens during October 2007. He felt strongly that the most important spiritual work in the world today is associated with forgiveness. Don and his Young Peoples Group (YPG) met to determine best way forward. In the language of Rwanda, known as Kinyarwanda there are two words: "imbabazi" which means (ask for) forgiveness, and "kubabarira" which means to forgive. On May 19, 2011 in London, Jean-Paul Samputu, a survivor of the Rwandan genocide wrote for Laurent about forgiveness: "In life we must find creative (or constructive) ways to negotiate conflicts. We cannot change the past but we can change how we approach it, or how we carry our feelings about it into the future, and forgiveness is the key. Forgiveness is the most powerful weapon against terrorism and atrocities. To break these cycles of violence, wars, conflicts, is to preach forgiveness. We live in the world where revenge is the culture. Only the culture of forgiveness will stop the cycle (of war, genocide, etc.). My real enemy was not the one who wronged me, my real enemy was my hatred, bitterness, my anger which came alive in me. We become what we don't forgive. Forgiveness means to liberate from bondage, to release from the prison of our desire for revenge, of our anger, our bitterness, and hatred. Life is not changed by knowing the word of the truth but by living the truth."
Toon meer Toon minder