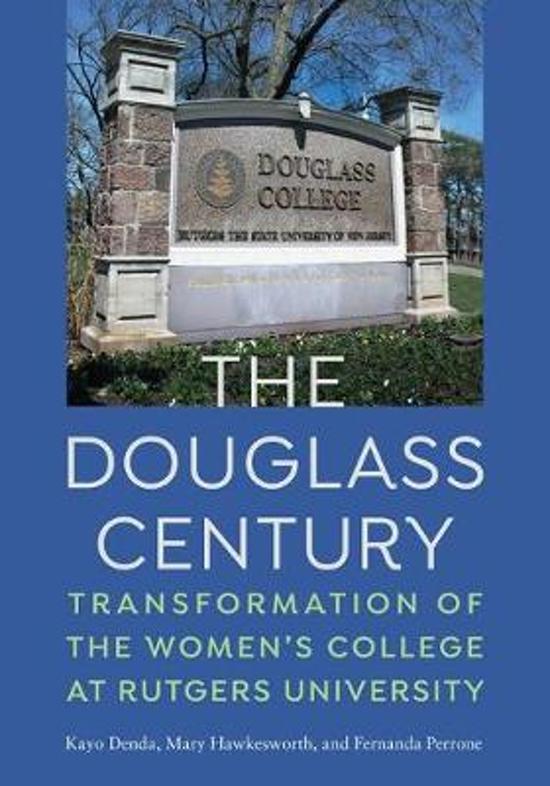 "Rutgers University's Douglass Residential College is the only college for women that is nested within a major research university in the United States. Although the number of women's colleges has plummeted from a high of 268 in 1960 to 38 in 2016, Douglass is flourishing as it approaches its centennial in 2018. To explore its rich history, Kayo Denda, Mary Hawkesworth, Fernanda H. Perrone examine the strategic transformation of Douglass over the past century in relation to continuing debates about women's higher education.

The Douglass Century celebrates the college's longevity and diversity as distinctive accomplishments, and analyzes the contributions of Douglass administrators, alumnae, and students to its survival, while also investigating multiple challenges that threatened its existence. This book demonstrates how changing historical circumstances altered the possibilities for women and the content of higher education, comparing the Jazz Age, American the Great Depression, the Second World War, the post-war Civil Rights era, and the resurgence of feminism in the 1970s and 1980s. Concluding in the present day, the authors highlight the college's ongoing commitment to Mabel Smith Douglass' founding vision, ""to bring about an intellectual quickening, a cultural broadening in connection with specific training so that women may go out into the world fitted…for leadership…in the economic, political, and intellectual life of this nation."" In addition to providing a comprehensive history of the college, the book brings its subjects to life with eighty full-color images from the Special Collections and University Archives, Rutgers University Libraries.
"
Toon meer Toon minder