The Drone Eats with Me Diaries from a City Under Fire 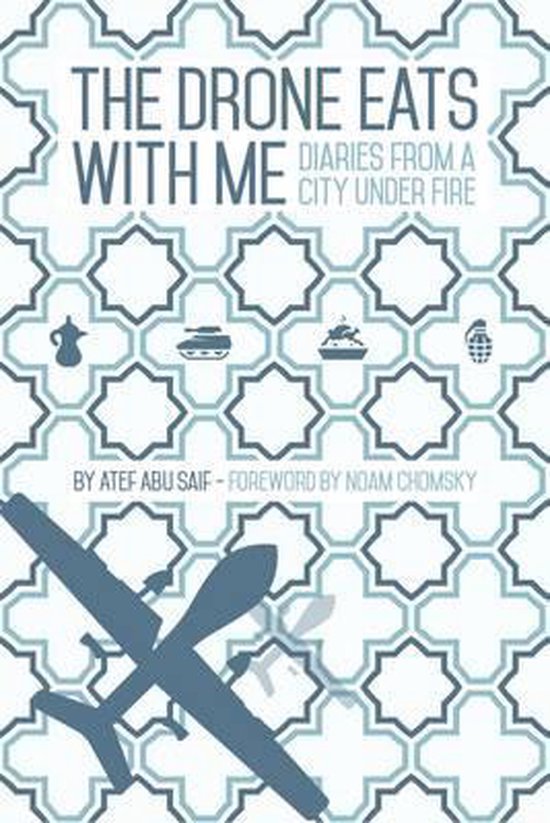 The fifty-day Israel-Gaza conflict that began in early July of 2014 left over 2,100 people dead. The overwhelming majority of the dead were Palestinians, including some 500 children. Another 13,000-odd Palestinians were wounded, and 17,200 homes demolished. These statistics are sadly familiar, as is the political rhetoric from Israeli and Palestinian authorities alike.

What is less familiar, however, is a sense of the ordinary Gazan society that war lays to waste.

One of the few voices to make it out of Gaza was that of Atef Abu Saif, a writer and teacher from Jabalia refugee camp, whose eyewitness accounts (published in theGuardian, New York Times, and elsewhere) offered a rare window into the conflict for Western readers. Here, Abu Saif’s complete diaries of the war allow us to witness the events of 2014 from the perspective of a young father, fearing for his family’s safety. In The Drone Eats with Me, Abu Saif brings readers an intimate glimpse of life during wartime, as he, his wife, and his two young children attempt to live their lives with a sense of normalcy, in spite of the ever-present danger and carnage that is swallowing the place they call home.
Toon meer Toon minder