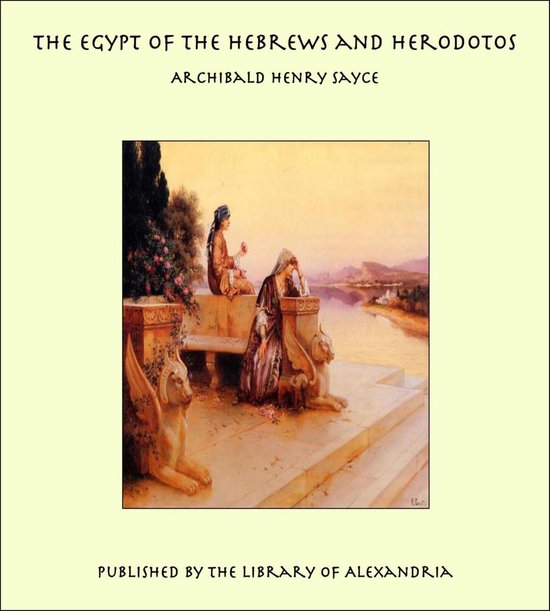 A few words of preface are needful to justify the addition of another contribution to the over-abundant mass of literature of which Egypt is the subject. It is intended to supplement the books already in the hands of tourists and students, and to put before them just that information which either is not readily accessible or else forms part of larger and cumbrous works. The travels of Herodotos in Egypt are followed for the first time in the light of recent discoveries, and the history of the intercourse between the Egyptians and the Jews is brought down to the age of the Roman Empire. As the ordinary histories of Egypt used by travellers end with the extinction of the native Pharaohs, I have further given a sketch of the Ptolemaic period. I have moreover specially noted the results of the recent excavations and discoveries made by the Egypt Exploration Fund and by Professor Flinders Petrie, at all events where they bear upon the subject-matter of the book. Those who have not the publications of the Fund or of Professor Petrie, or who do not care to carry them into Egypt, will, I believe, be glad to have the essence of them thus extracted in a convenient shape. Lastly, in the Appendices I have put together information which the visitor to the Nile often wishes to obtain, but which he can find in none of his guide-books. The Appendix on the nomes embodies the results of the latest researches, and the list will therefore be found to differ here and there from the lists which have been published elsewhere. Those who desire the assistance of maps should procure the very handy and complete Atlas of Ancient Egypt, published by the Egypt Exploration Fund (price 3s. 6d.). It makes the addition of maps to this or any future work on Ancient Egypt superfluous. Discoveries follow so thickly one upon the other in these days of active exploration that it is impossible for an author to keep pace with them. Since my manuscript was ready for the press Dr. Naville, on behalf of the Egypt Exploration Fund, has practically cleared the magnificent temple of Queen Hatshepsu at Dêr el-Bâhari, and has discovered beneath it the unfinished sepulchre in which the queen fondly hoped that her body would be laid; Professor Petrie has excavated in the desert behind Zawêdeh and opposite Qoft the tombs of barbarous tribes, probably of Libyan origin, who settled in the valley of the Nile between the fall of the sixth and the rise of the eleventh dynasty; Mr. de Morgan has disinterred more jewellery of exquisite workmanship from the tombs of the princesses of the twelfth dynasty at Dahshûr; and Dr. Botti has discovered the site of the Serapeum at Alexandria, thus obtaining for the first time a point of importance for determining the topography of the ancient city. The people whose remains have been found by Professor Petrie buried their dead in open situated in the central court. But his most interesting discovery is that of long subterranean passages, once faced with masonry, and furnished with niches for lamps, where the mysteries of Serapis were celebrated. At the entrance of one of them pious visitors to the shrine have scratched their vows on the wall of rock. Those who are interested in the discovery should consult Dr. Botti's memoir on L'Acropole d'Alexandrie et le Sérapeum, presented to the Archæological Society of Alexandria, 17th August 1895. Two or three other recent discoveries may also find mention here. A Babylonian seal-cylinder now in the Metropolitan Museum of Art at New York has at last given me a clue to the native home of the Hyksos leaders. This was in the mountains of Elam, on the eastern frontier of Chaldæa. It was from these mountains that the Kassi descended upon Babylonia and founded a dynasty there which lasted for nearly 600 years, and the same movement which brought them into Babylonia may have sent other bands of them across Western Asia into Egypt. At all events, the inscription upon the seal shows that it belonged to a certain Uzi-Sutakh, "the son of the Kassite," and "the servant of Burna-buryas," who was the Kassite king of Babylonia in the age of the Tel el-Amarna correspondence. As the name of Sutakh is preceded by the determinative of divinity, it is clear that we have in it the name of the Hyksos deity Sutekh