The Eight i Am Statements in the Gospel of John 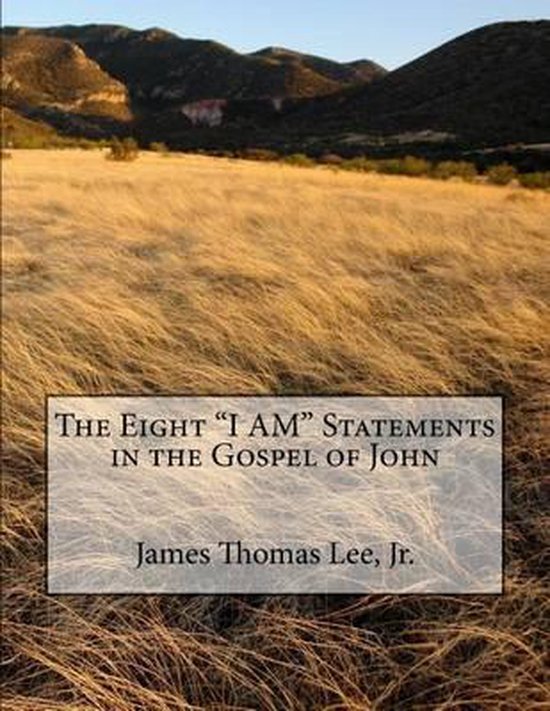 In his gospel, the Apostle John had recorded eight occasions when Jesus had made metaphorical statements about Himself. In chapter one of this text however, the evidence to show that he had actually written the gospel by his name will first be presented. One should note from that discussion that that gospel had not always had his name associated with it. Therefore, there had initially been room for some doubt. One should also note that not everyone agrees about when that gospel had been written. So that will also be a matter for discussion. Finally, chapter one will also consider some of the important reasons that that gospel had even been written.Following those discussions, chapter two will begin looking at each of the eight "I AM" statements. Jesus had initially said in John 6:35 that He is the bread of life. After that, He had said that He is the light of the world. He had said that He is the great "I am." However, the point of note about those three statements is that they had all been made during the first half of the last year of His public ministry. That is known because of John 6:4, which says, "And the passover, a feast of the Jews, was nigh." That verse had referred to the third Passover of the four that Jesus had attended during His public ministry. It had also preceded His first "I AM" statement which as was just indicated above had been in John 6:35. After that, He had said that He is the door of the sheep. He had said that He is the good shepherd. Those statements had probably been in December. The final three of His "I AM" statements had been made either near the end of the final week or during the final week of His public ministry. In the matter with Lot and with his sisters, Jesus had said that He is the resurrection and the life. A few days later, He had told His disciples that He is the way, the truth, and the life. Then before going to the cross, He had said that He is the true vine.Those eight "I AM" statements only appear in the gospel of John. So that means that John has given to the world descriptions of Jesus that are not available from any of the other gospel writers. Therefore, those descriptions of Him are very important because they help individuals understand more about Jesus in much the same way as the names of God in the Old Testament help one better understand more about Him. In fact, based upon the whole of Scriptures, Jesus having said that He is the "I AM" during His discussion about Abraham with the Pharisees and with the Jewish people is probably the most important "I AM" statement of the eight. The reason is because it proves that He was not just born as a human being that had later become a god. That statement by Him literally shows that He had existed even before Abraham despite the fact that Abraham had lived about two thousand years before. Thus, that statement as much as any statement in the Scriptures shows that Jesus is eternal and that He is truly the Lord and the Son of God.As always, the hope in writing this book will be that the reader will be drawn into a closer relationship with the Lord. While it may not be terribly important to understand everything about Him, there is certainly nothing wrong with knowing a lot about Him. So in closing this introduction and just to be clear, Jesus is the Lord. He is the Savior. He offered Himself on the cross at Calvary to pay the sin debt for everyone that will come to Him by faith in the right spirit and with the right attitude. Therefore, He is truly worthy of everyone's consideration, acceptance, and worship.
Toon meer Toon minder