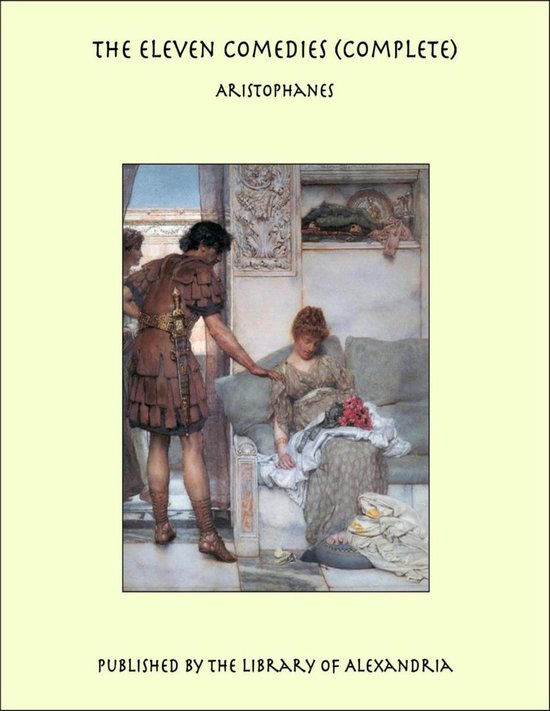 It is difficult to compare the Aristophanic Comedy to any one form of modern literature, dramatic or other. It perhaps most resembles what we now call burlesque; but it had also very much in it of broad farce and comic opera, and something also (in the hits at the fashions and follies of the day with which it abounded) of the modern pantomime. But it was something more, and more important to the Athenian public than any or all of these could have been. Almost always more or less political, and sometimes intensely personal, and always with some purpose more or less important underlying its wildest vagaries and coarsest buffooneries, it supplied the place of the political journal, the literary review, the popular caricature and the party pamphlet, of our own times. It combined the attractions and influence of all these; for its grotesque masks and elaborate 'spectacle' addressed the eye as strongly as the author's keenest witticisms did the ear of his audience.[1] This remarkable and distinctive feature, by-the-bye, of the Old Comedy, the 'Parabasis' to wit, calls for a word of explanation. It was a direct address on the 's part to the audience, delivered in verse of a special metre, generally towards the close of the representation, by the leader of the Chorus, but expressing the personal opinions and predilections of the poet, and embodying any remarks upon current topics and any urgent piece of advice which he was particularly anxious to insist on. Often it was made the vehicle for special appeal to the sympathetic consideration of the spectators for the play and its merits. These 'parabases,' so characteristic of the Aristophanic comedy, are conceived in the brightest and wittiest vein, and abound in topical allusions and personal hits that must have constituted them perhaps the most telling part of the whole performance. Even the Gods were not spared by the Aristophanic wit and badinage; in 'Plutus,' in 'The Birds,' in 'The Frogs,' we see them very roughly handled. To wonder at these profane drolleries, however, is to fail altogether to grasp the privileges of ancient comedy and the very nature of Athenian society. The Comic Poets exercised unlimited rights of making fun; we do not read in history of a single one of the class having ever been called to the bar of justice to answer for the audacity of his dramatic efforts. The same liberty extended to religious matters; the Athenian people, keen, delicately organized, quick to see a joke and loving laughter for its own sake, even when the point told against themselves, this people of mockers felt convinced the Gods appreciated raillery just as well as men did. Moreover, the Greeks do not appear to have had any very strong attachment to Paganism as a matter of dogmatic belief. To say nothing of the enlightened classes, who saw in this vast hierarchy of divinities only an ingenious allegory, the populace even was mainly concerned with the processions and songs and dances, the banquets and spectacular shows and all the external pomp and splendour of a cult the magnificence and varied rites of which amused its curiosity. But serious faith, ardent devotion, dogmatic discussion, is there a trace of these things? A sensual and poetic type of religion, Paganism was accepted at Athens only by the imagination, not by the reason; its ceremonies were duly performed, without any real piety touching the heart. Thus the audience felt no call to champion the cause of their deities when held up to ribaldry on the open stage; they left them to defend themselves—if they could. These performances took place at the Festivals of Dionysus (Bacchus), either the Great Dionysia or the minor celebration of the Lenaea, and were in a sense religious ceremonials—at any rate under distinct religious sanction. The representations were held in the Great Theatre of Dionysus, under the slope of the Acropolis, extensive remains of which still exist; several plays were brought out at each festival in competition, and prizes, first and second, were awarded to the most successful productions—rewards which were the object of the most intense ambition