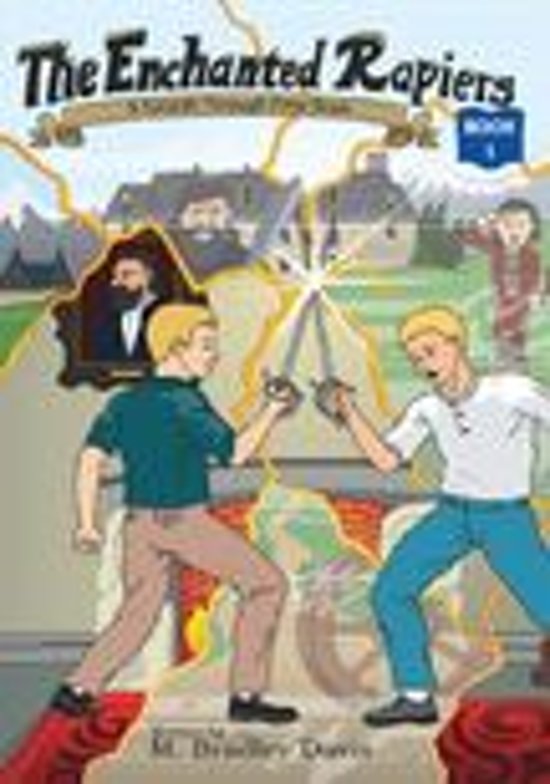 Jordan and Julien St. Croix could be mistaken for twins.


Jordan and Julien are 11-year-old cousins born twelve minutes and half a world apart. The boys meet at the family chteau in Saint-Di, France. The cousins find a pair of perfectly matched rapiers while exploring the huge old house. The swords once were owned and wielded by the only known pair of identical twins born into the St. Croix family line. The strange tingling in their hands should have warned them. It happened every time they touched the swords. Something was very different about the elegant weapons. Instead, they did what boys do best. They playfully raised the swords, issued a made-up battle cry, and clashed the blades together... changing their lives forever.


The swirling mists deposit the cousins in the 17th century. Nearly four hundred years in the past, they discover that the story behind a family catastrophe was anything but the simple truth. For those involved, it hasnt happened yet! The twins ghosts, whose blades the boys now carry, reveal a tale of deceit, greed and treachery which Jordan and Julian must somehow set right. In the course of a single night, they must expose the truth and unveil a murderer. Success alone will allow the magic that brought them here to return them to their own time. Failure will leave them trapped forever in the past. Faced with such a monumental task, the boys do what they must: They screw up their courage and take up the challenge!