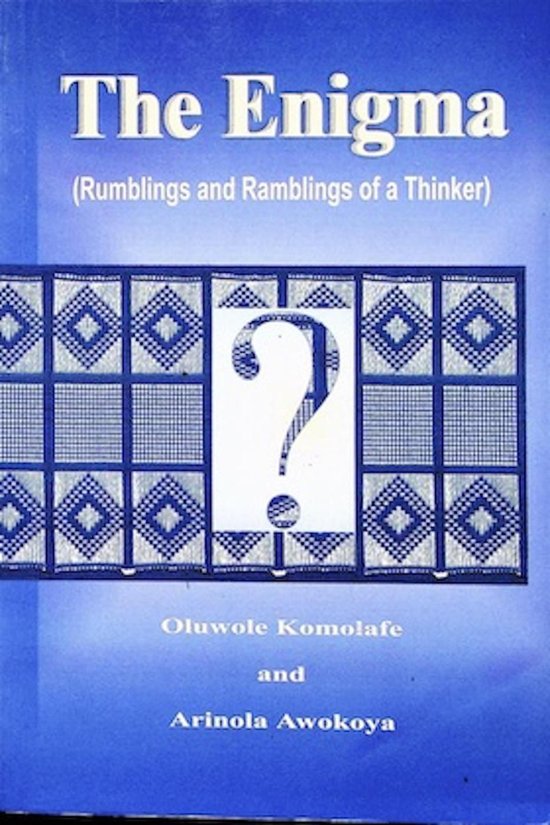 ''The Enigma'', a collection of short poems and prose was written at a time when Nigeria stood at the threshold of a new dawn, when the military junta which had been in power for several years and had ruled in tyranny were at the point of handing over power to a democratic civilian government. At a time when social life and infrastructures were totally kaput or were not available in the country, the authors found solace and succour in introspective thinking and engaged themselves on issues concerning Man and his environment. In the confines of their minds, the authors attempted to view the world through the eyes of ''The Enigma''. ''The Enigma'' presents the various multi-dimensional faces of a Thinker, the rumblings within him that culminate into his ramblings. The Thinker himself is an Enigma. The Thinker considers his world and the universe and chronicles the foibles, vanities and insecurities of man and all living beings in that environment. The Thinker ponders on man and man's soul and the purpose of man's existence on earth. The Enigma is a book, which challenges everyone to stop and consider his world, his beliefs and his excesses.