Get all three books full of supernatural chills with a gothic atmosphere and a delightfully creepy edge. The Entangled Series, by Jill Sanders.

The Awakening
Christina swore she’d never return to her hometown of Hidden Creek, Georgia again. Her upbringing there could only be described as torture at best. She never asked for the unusual abilities she possesses, but was quite certain they would torment her the rest of her life. After spending years hiding and trying to escape the judgement and abuse of her family and the cruel people of Hidden Creek, she's finally come to terms with her gift. But with her parent’s sudden passing, it now falls on Christina to return and take care of everything. With her parents gone, she finally hopes to close this dark chapter of her life and leave Hidden Creek behind for good. That is, until she finds herself mysteriously drawn to the intoxicating gentleman next-door, who seems to share a strange and unusual bond with her.
Michael has spent years in the military and on the police force in Atlanta. After almost losing his life in a brutal betrayal by his crooked partner, he's decided to leave the force and take up residence in sleepy, stress-free Hidden Creek, where he meets Christina, a mysterious, raven-haired beauty with uncanny abilities. He'd always thought of himself as a rational person. He didn’t buy into in crazy things like; ghosts, spirits, demons, or other paranormal witchcraft nonsense. But now he must be losing it, as a strange apparition begins appearing at the foot of his bed each night.

The Beckoning
Breanna is a reasonable woman. She doesn’t believe in things like teleportation or time travel. But after months of suddenly finding herself in faraway places and living through events that haven’t taken place yet, she’s beginning to think there might actually be something beyond the normal.
Ethan never believed he’d be living in his brother’s house, let alone with the woman that’s haunted his dreams and every waking moment for the past few months.

The Ascension
Jessica was getting tired of fighting fate. Not only had some really weird stuff been going on the past few months, but now she found herself crawling out of Jacob’s bed. She hated the guy. Well, okay, she’d avoided the guy. Sure, she’d fantasized about him most of her life, but that didn’t mean she couldn’t fight the attraction. Something was coming and everyone in town felt it, not just the chosen group she’d found herself part of in the last few months. And, if her being with Jacob was fated, she was determined to fight it for as long as she could because she knew what was coming, even when no one else did. She knew how important everyone’s roles were in the next few weeks. But with the disappearance of Breanna, fate may have just taken a huge turn. For the worse.
Jacob has completely lost it. That’s the only explanation for what he’d been going through. And now, he’s suddenly found himself inexplicably drawn to Jess. This new desire he feels for her is stronger than the need to breathe. What new powers did this witch hold over him? And more important, was there a chance they would survive the upcoming horrors? 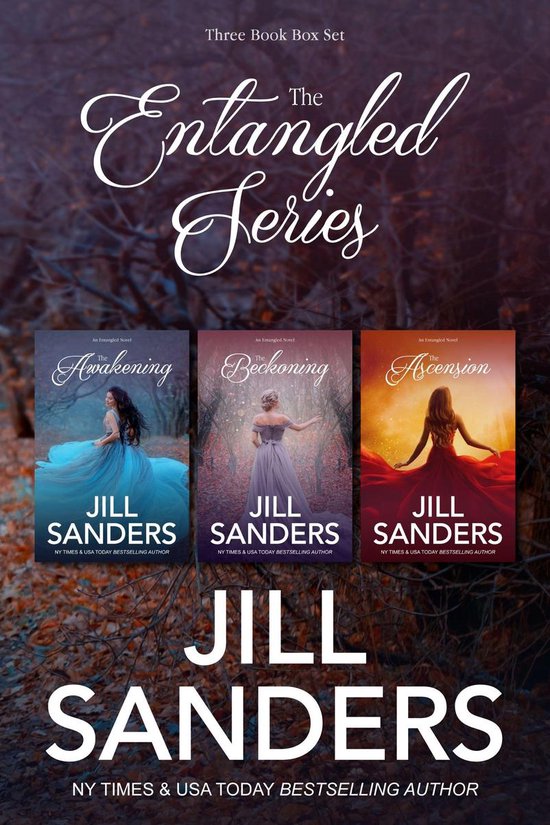