The Epic of Arya In Search of the Sacred Light 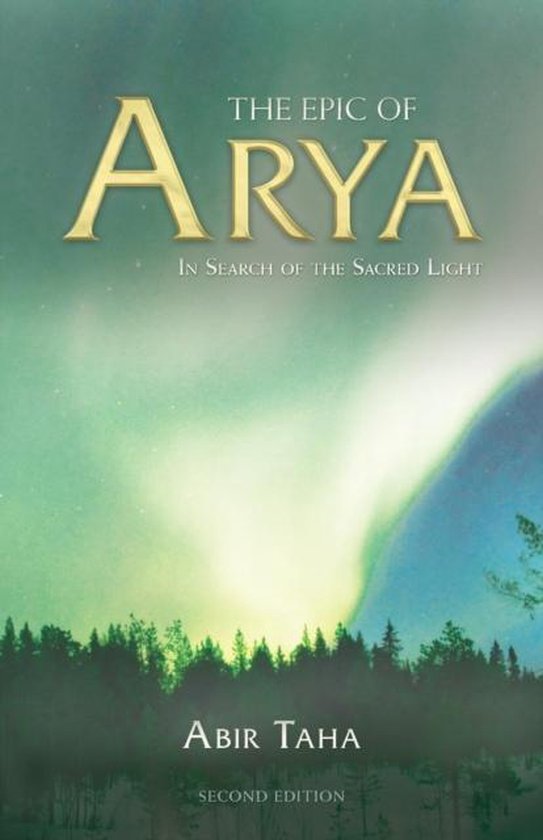 THE THIRD WAY - I am searching for the Light... not the light made by man, but the Light that made man. Know that it was but one god who died on the cross, and many are waiting to be born. --Abir Taha ... The Epic of Arya is about man's eternal quest for the divine. It depicts man's perennial inner struggle between light and darkness, and teaches him to re-conquer his lost divinity by unveiling the god within , the Inner Light. Overcoming the death of God declared by Nietzsche, The Epic of Arya speaks about the redemption of the divine and its rebirth in man. To redeem God in men: that is Arya's sacred mission. Half-woman, half-goddess, Arya is torn between Love and Truth, between passion and duty. Confused, she wonders: should she accept her human plight, or fulfil her divine destiny? A fundamental question ever haunts her: is Love human or divine? In that fateful question lies the future of humanity, for in each man, the divine flame slumbers, waiting to be kindled by the Light of Awakening. Rising above her fears, and breaking her idols, Arya, awakened and liberated, preaches the Eternal Religion which is above men's fleeting religions, narrow identities, and imperfect creeds, heralding a new, higher consciousness beyond the frontiers erected within man and between men. An inner journey of self-discovery, this inspirational, allegorical novel is the spiritual bible: it heals, awakens, transforms. Arya's epic conveys a universal message of unity, hope, and salvation in a world torn apart by the clash of civilisations and religions, offering a spiritual alternative to the two scourges plaguing mankind today: the scourge of religious fundamentalism-God idolatry-and the scourge of atheist materialism-God denial-for only a spiritual awakening can save man from his own blind folly. Second edition - First published by Authorhouse, USA, in 2009. About the Author: Diplomat, thinker, writer, and poet, Abir Taha holds a postgraduate degree in Philosophy from the Sorbonne. A career diplomat for the Government of Lebanon, she has previously served as the Consul of Lebanon in Paris and as First Secretary at Lebanon's Permanent Mission to the United Nations in Geneva. Versed in philosophy and Eastern and Western mysticism, the author espouses a spiritual worldview and believes that man's ultimate purpose and vocation in life is the fulfilment of his divine nature and destiny. Also by the author: - Twelve Resolutions for a Happy Life - A Manual of Happiness (Numen, Australia, 2015). - Verses of Light (Arktos, London, 2014). - Defining Terrorism: the End of Double Standards (Arktos, London, 2014). The book was translated into Portuguese and published in Brazil. - Le Dieu Venir de Nietzsche, ou la R demption du Divin (Editions Connaissances et Savoirs, Paris, 2005). The book was translated into English under the title Nietzsche's Coming God, or the Redemption of the Divine, and published by Arktos in London in 2013. - Nietzsche, Prophet of Nazism: the Cult of the Superman (AuthorHouse, USA, 2005). The book was translated into Portuguese and published in Brazil.
Toon meer Toon minder