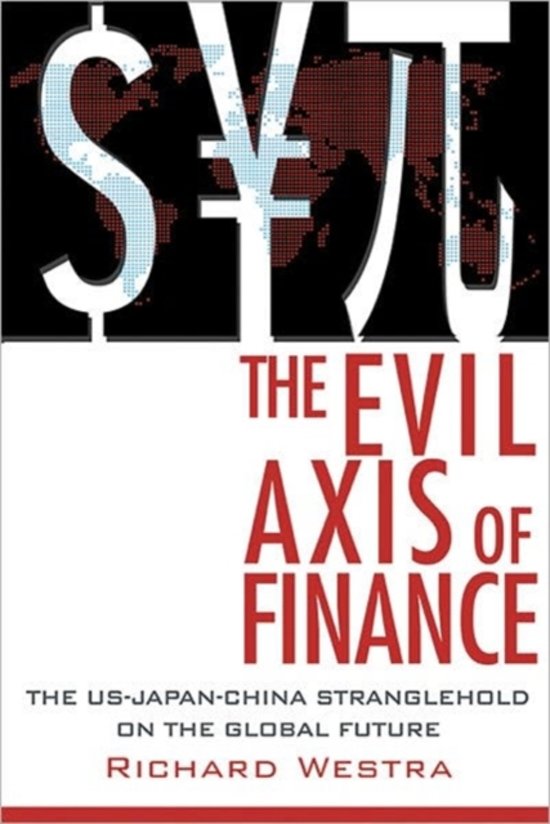 Richard Westra's The Evil Axis of Finance fills in pages left blank in the flurry of meltdown writings with a highly accessible account of the insidious forces at work in the global economy. Westra explains, why, despite the existence of a raft of potential international investment outlets, a major share of global wealth and savings is still impelled toward the highly dubious Wall Street-centred casino; why an increasingly gaping chasm has opened up between ever bloating global financial activities and the real world economy of production and trade; why wealthy governments' injection of trillions of dollars into stumbling financial sectors across the globe is failing to create decent new jobs; and why, nonetheless, this remains the preferred solution. He exposes the destructive systemic conditions that make it possible for the US and Wall Street to play a central role in international economic affairs when the US has the world's largest national debt, a gaping trade deficit, an ongoing capital account deficit, an exploding budget deficit, and personal savings hovering near zero. The story Westra tells of international economic depredation and humanity's stolen future is truly chilling. From its Wall Street command centre, and funded by Japan and China, the United States ensnares the world's states and people in a sinister, rigged, zero-sum game. This game, played for the narrowest of ends and to the benefit of an international cohort of uber-rich, traps humanity in a twilight zone of long decay, with its major players intent on preventing a more equitable international order from emerging from the detritus. We ignore the arguments of The Evil Axis of Finance at our peril!
Toon meer Toon minder

This is the best researched and hardest hitting book yet written on what Westra so aptly refers to as rotating meltdowns caused by High Finance's irresponsible expansion of and gambling with debt. (Robert Albritton Professor Emeritus York University) a brilliant analysis of the political economy performance of global capitalism, and especially the structure and dynamics of power and finance in the global and regional economies... a must-read for those interested in financial dominance over producstion and society and how to rectify the situation. (Dr Phillip O'Hara President-Elect Association for Evolutionary Economics; Director, Global Political Economy Research Unit)