The Eyes of the Panther (Cryptofiction Classics) 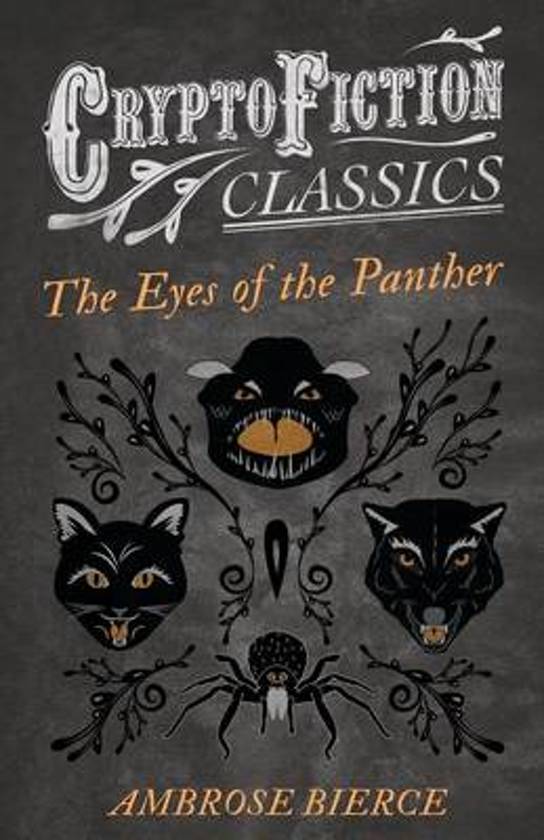 S. T. Joshi, editor, is the author of H. P. Lovecraft: A Life (1997) and many other books. He is also the editor of The Collected Fables of Ambrose Bierce (2000) and co-editor with David E. Schultz of Ambrose Bierce: A Sole Survivor-Bits of Autobiography (1998), Ambrose Bierce: An Annotated Bibliography of Primary Sources (1999), and The Unabridged Devil's Dictionary (2002).
Alles van Ambrose Bierce
Toon meer Toon minder

This early work by Ambrose Bierce was originally published in 1891 and we are now republishing it with a brand new introductory biography as part of our Cryptofiction Classics series. 'The Eyes of the Panther' is a short story about a homesteading family in the United States and a young woman who believes herself to have gone insane. Ambrose Gwinnett Bierce was born in Meigs County, Ohio, United States in 1842. He was the tenth of thirteen children, and left home aged fifteen to become a 'printer's devil' (a printing apprentice) at a small Ohio newspaper. Many of his short stories such as 'An Occurrence at Owl Creek Bridge', 'The Boarded Window', 'Killed at Resaca' and 'Chickamauga', all of which are penned in 'Pure English' are held among the best of the 19th century. Bierce's writings are also generally regarded as some of the best war writings of all time. The Cryptofiction Classics series contains a collection of wonderful stories from some of the greatest authors in the genre, including Ambrose Bierce, Arthur Conan Doyle, Robert Louis Stevenson, and Jack London. From its roots in cryptozoology, this genre features bizarre, fantastical, and often terrifying tales of mythical and legendary creatures. Whether it be giant spiders, werewolves, lake monsters, or dinosaurs, the Cryptofiction Classics series offers a fantastic introduction to the world of weird creatures in fiction. "
Toon meer Toon minder