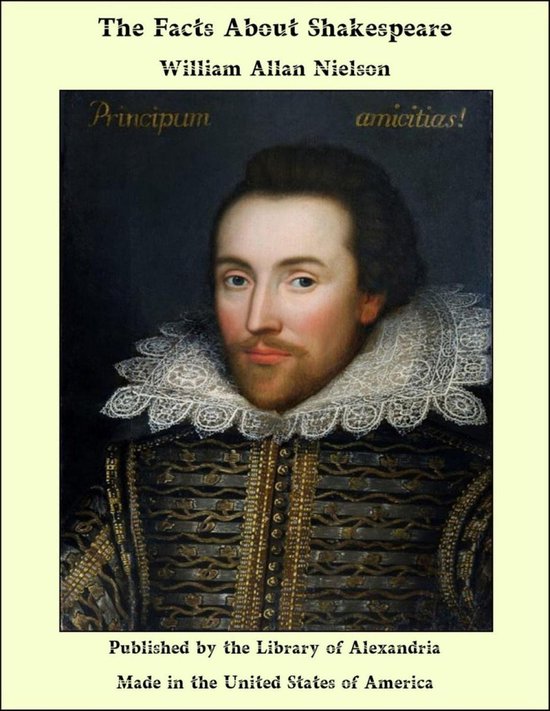 Shakespeare lived in a period of change. In religion, politics, literature, and commerce, in the habits of daily living, in the world of ideas, his lifetime witnessed continual change and movement. When Elizabeth came to the throne, six years before he was born, England was still largely Catholic, as it had been for nine centuries; when she died England was Protestant, and by the date of Shakespeare's death it was well on the way to becoming Puritan. The Protestant Reformation had worked nearly its full course of revolution in ideas, habits, and beliefs. The authority of the church had been replaced by that of the Bible, of the English Bible, superbly translated by Shakespeare's contemporaries. Within his lifetime, again, England had attained a national unity and an international importance heretofore unknown. The Spanish Armada had been defeated, the kingdoms of England and Scotland united, and the first colony established in America. Even more revolutionary had been the assertion of national greatness in literature and thought. The Italian Renaissance, following the rediscovery of Greek and Roman literature, had extended its influence to England early in the century, but only after the accession of Elizabeth did it bring full harvest. The names that crowd the next fifty years represent fine native endowments, boundless aspiration, and also novelty,—as Spenser in poetry, Bacon in philosophy, Hooker in theology. In commerce as well as in letters there was this same activity and innovation. It was a time of commercial prosperity, of increase in comfort and luxury, of the growth of a powerful commercial class, of large fortunes and large benefactions. Whatever your status, your birth, trade, profession, residence, religion, education, or property, in the year 1564 you had a better chance to change these than any of your ancestors had; and there was more chance than there had ever been that your son would improve his inheritance. The individual man had long been boxed up in guild, church, or the feudal system; now the covers were opened, and the new opportunity bred daring, initiative, and ambition. The exploits of the Elizabethan sea rovers still stir us with the thrill of adventure; but adventure and vicissitude were hardly less the share of merchant, priest, poet, or politician. The individual has had no such opportunity for fame in England before or since.Tudor EnglandThe nineteenth century, which saw the industrial revolution, the triumphs of steam and electricity, and the discoveries of natural science, is the only period that equalled the Elizabethan in the rapidity of its changes in ideas and in the conditions of living; and even that era of change offered relatively fewer new impulses to individual greatness than the fifty years of Shakespeare's life.