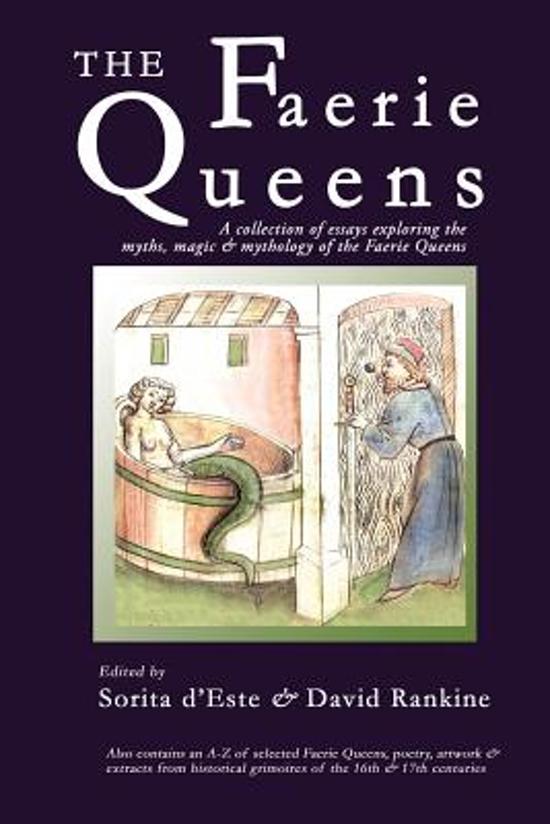 Exploring the tales of many of the mysterious and captivating Faerie Queens, this exceptional anthology contains eighteen essays exploring the diverse accounts and themes associated with the Faerie Queens and their influence in magic, literature and folklore. From the Arthurian mythos to Scandinavia, from ancient Greece to Renaissance poetry and beyond, the awesome power of the Faerie Queens to inspire, challenge and transform is investigated and discussed from both scholarly and personal perspectives. TO SEE A GARLANDED LADY by Sorita d'Este & David Rankine DIGGING DEEPER: FAERY QUEENS, DEATH AND THE SOUL by Emily Carding SPIRITS AT THE TABLE: FAERIE QUEENS IN THE GRIMOIRES by Dan Harms WRITING FAERY: A TALE OF VIVIANE by Jack Wolf MAIDS OF ICE AND MEADOWS by Cliff Seruntine TRANSATLANTIC FAIRY QUEEN: HELEN ADAM by Katie Stewart MELUSINE: ENDURING SERPENTINE QUEEN by David Rankine HOLDA: WINTER'S FAERIE QUEEN by Ceri Norman THE SKOGSRA: QUEEN OF THE WILD WOODS OF SWEDEN by Helena Lundvik DIANA'S MOON RAYS by Sorita d'Este THE VALKYRIES: NORSE FAIRIE QUEENS? by Valerie Karlson MORVEREN: THE SEA QUEEN by Dorothy Abrams THE TRANSFORMING ILLUSION OF MORGAN LE FAY by Frances Billinghurst NIMUE: AMBIGUOUS ENCHANTRESS by Aili Mirage CLIODHNA: FAERIE QUEEN AND POTENT BANSHEE by Pamela Norrie RHIANNON: FAERIE QUEEN, MORTAL THRONE, DIVINE EQUINE by Halo Quin AINE: CELTIC FAERIE QUEEN OF THE SUMMER SOLSTICE by Joanna Rowan Mullane WHOSE QUEEN? by Thea Faye QUEEN OF THE UNDERWORLD AND THE FRUIT OF KNOWLEDGE by Felicity Fyr le Fay AN A-Z OF EUROPEAN FAERIE QUEENS CONJURATIONS FROM THE GRIMOIRES by David Rankine Powerful, mysterious, otherworldly, the Faerie Queens have spread their magic across Europe for many centuries, enchanting all who encounter them. From forests and lakes, mounds and mountains, the Faerie Queens emerge from the liminal places to bestow their numerous gifts (and curses) on man. Lover, shapeshifter, sorceress, prophetess, bestower of sovereignty, semi-divine ancestress, protectress of animals, collector of souls - the powers and roles of the Faerie Queens are as diverse as the folklore about them, their origins rooted deep in the legends, goddesses and beings of the ancient world."
Toon meer Toon minder