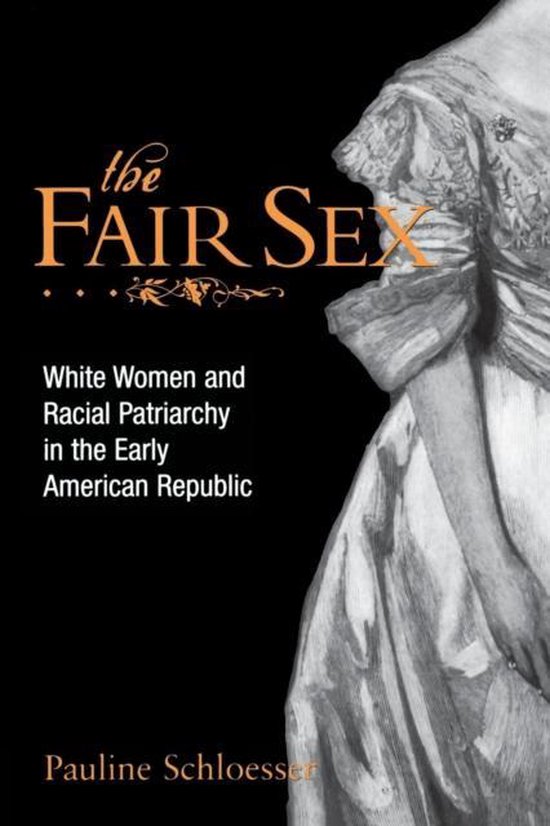 Choice Outstanding Academic Title 2002 Once the egalitarian passions of the American Revolution had dimmed, the new nation settled into a conservative period that saw the legal and social subordination of women and non-white men. Among the Founders who brought the fledgling government into being were those who sought to establish order through the reconstruction of racial and gender hierarchies. In this effort they enlisted the fair sex, &#-white women. Politicians, ministers, writers, husbands, fathers and brothers entreated Anglo-American women to assume responsibility for the nation's virtue. Thus, although disfranchised, they served an important national function, that of civilizing non-citizen. They were encouraged to consider themselves the moral and intellectual superiors to non-whites, unruly men, and children. These white women were empowered by race and ethnicity, and class, but limited by gender. And in seeking to maintain their advantages, they helped perpetuate the system of racial domination by refusing to support the liberation of others from literal slavery. Schloesser examines the lives and writings of three female political intellectuals-;Mercy Otis Warren, Abigail Smith Adams, and Judith Sargent Murray-;each of whom was acutely aware of their tenuous position in the founding era of the republic. Carefully negotiating the gender and racial hierarchies of the nation, they at varying times asserted their rights and demurred to male governance. In their public and private actions they represented the paradigm of racial patriarchy at its most complex and its most conflicted.
Toon meer Toon minder