The Falcon of Navarre 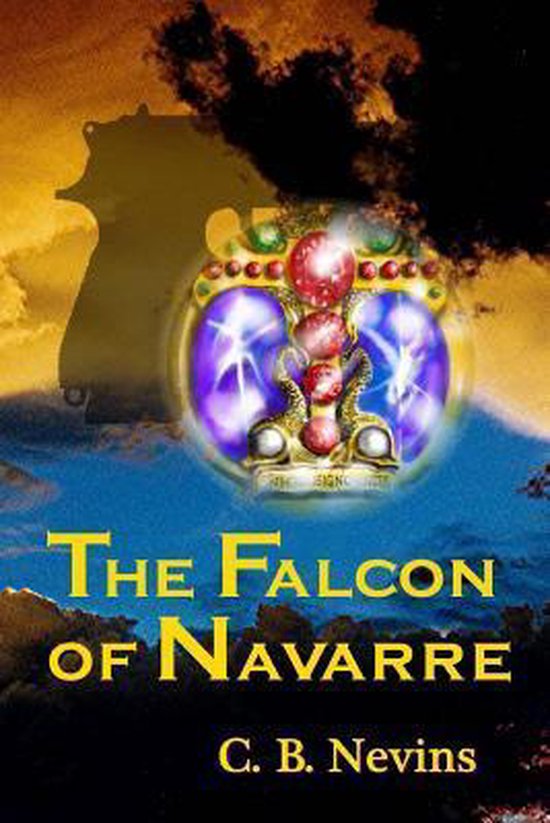 Question: If you knew the human race would be extinct in thirty-three years, but you could save it by destroying a portion of it, would you do it? Think about it. Would you?
On the surface, The Falcon of Navarre is a sophisticated, metaphysical thriller. But it's also an allegory for our time. Taking an atypical look at politics and power, this novel addresses the ambiguity of warfare and the motives for terrorism and genocide. It is about the deserted and disenfranchised. It is about savagery and honor, conviction and the bonds of blood. But mostly, it's about our survival.
The overlying crisis is global warming, but the story is multi-tiered. Opening in the rural west, the human saga is one of a penitent father and an abandoned son grappling with profound moral choices. Underscoring their struggle is an historic subplot - centering on the discovery of a cave - chronicling the lives of five conquistadors who perished there early in the seventeenth century.
Main Characters and Backdrop:
Once a troubled youth, Englishman Fletcher Lawson is a consummate ladies' man, securing the means for a lavish lifestyle by marrying American heiress Meredith Palter. But by eloping with him, the young socialite enrages her father and becomes a pariah in her once privileged world. In rebellion, she takes her coveted husband and moves to a secluded ranch east of Denver. There, her strange death leaves Lawson a target of suspicion and the venue of tabloid news. Although legally vindicated, he is oddly guilt-ridden, becoming a twelve year recluse with only one confidante: a five hundred year old skeleton found on his property. Christoval Alcon de Navarre y Marquis is a conquistador and a deserter from Onate's last Iberian push into the American southwest.
As a science major, Pete Peters was top in his class at Harvard, but transferred his third year to a seminary to follow a spiritual calling. Despite two PhD's and outright brilliance, he has a hard time keeping a job. The radical reverend continually fuses physics with theology, appalling his fundamentalist employers. He lands in rural Colorado, where he and Fletcher get together once a week for scotch, cigars and chess.
Porter Eckhart is an unrivaled genius in the field of bio-engineering. He is the CEO of Trans-Origins, Inc., founded in Massachusetts, now based in Spain.
Corey Martin is a real estate agent handling the sale of Fletcher Lawson's estate. Her client's sudden decision to leave comes as a disappointment to the westerner not-so-secretly infatuated with him. But in a sluggish economy, she thinks she has time to fan the flames; that is, until Colorado billionaire Gordon Mackey shows an inexplicable interest in the Lawson property.
Then a stranger arrives at Fletcher's door. Tristan Velasco is a young Spaniard, about to teach Fletcher the raw meaning of truth, love, absolution, horror and hatred. Fletcher is about to meet Armageddon. But Armageddon has another name; and whether the man behind that name becomes humanity's ruin or salvation is at the core of the conflict.
Fletcher tries to cling to his privileged facade, but must abandon all pretenses to find himself and the courage to save his son. His travails wrench him from the vast high plains to the high seas of the Atlantic. No character is without flaw or without merit including the antagonist, offering an alternate view of what we construe as good and evil and the value of forgiveness.
There is little down time and not one predictable step on this journey; and although it is a ghost story, a love story and a very human, epic adventure, it is one to take seriously. The signs are there."
Toon meer Toon minder

Auteur
C B Nevins
Uitgever
Lion And A Falcon Publishing