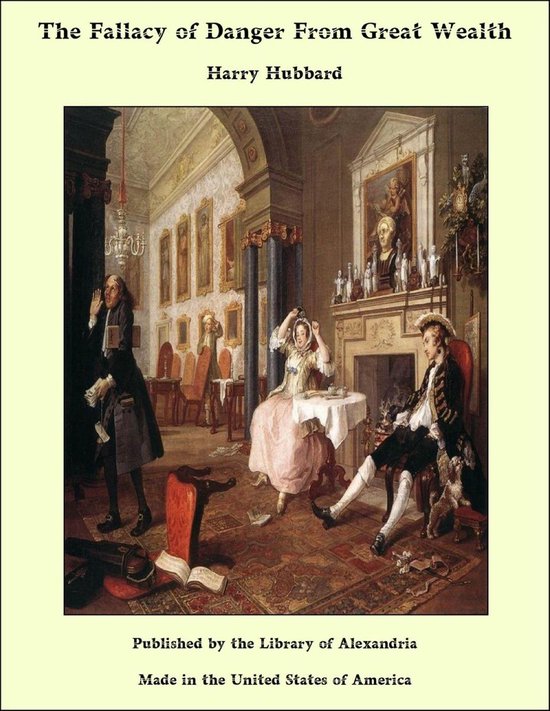 In civilized countries men save—that is, set aside out of their income—wealth not to be spent for their own personal needs or pleasures but devoted to producing other and additional wealth. Thus, for example, a farmer out of his crops saves a portion for next year's farm operations, a manufacturer saves enough to build a factory and operate it, and several men, united as a corporation, save enough to build and operate a railroad. One of the chief things that distinguishes civilization as we have it, with all its modern comforts and happiness, from savagery, with its want and misery, is the capacity to save and invest. We are benefited by the accumulated savings and investments of preceding years, yet most wealth (except land, minerals and other natural objects) would perish very soon if it were not continually replaced. For example, our railroads in the United States have been practically all made over—road-beds, rails, bridges, stations, locomotives and cars—within a generation. It is so in nearly all other industries. In our complex modern life, saving and investing take place in many ways. For example, money saved and deposited in a savings-bank finds its way out in a loan on mortgage to help build a house, a factory, or a store; or it pays for bonds, and the proceeds are put into a railroad or some public work, as a school-house, dock, street, etc. In any and all these cases the money deposited in the savings-bank goes ultimately to employ labor and pay wages. So money deposited in any other bank or trust company is loaned out to merchants, manufacturers, and others, and similarly goes to pay wages. The same is true of money saved and invested in regular course of business in stocks or bonds. Corporations engaged in great business, as railroads, issue and sell their stock and bonds in order to obtain money to carry on their work. All this money goes to employ labor and pay wages, or, if materials are bought, the money goes to pay for them and the labor engaged in producing them—in the end substantially all to labor.