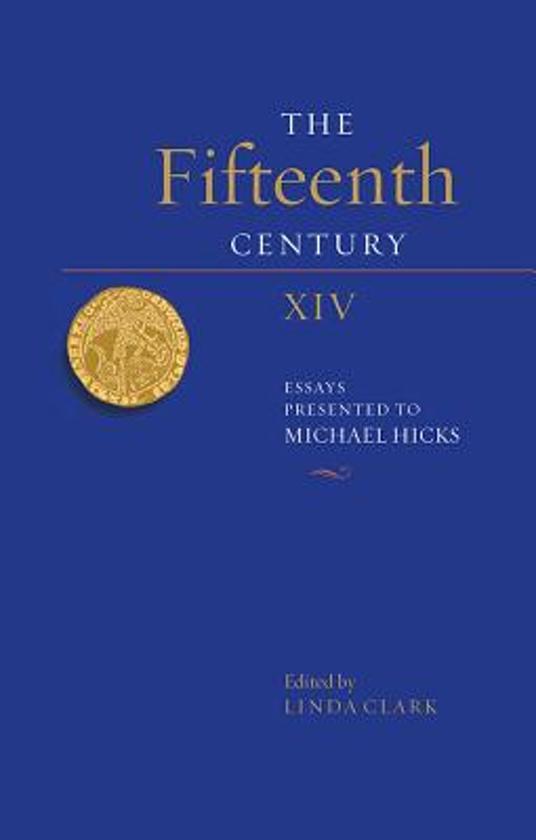 For four decades, Michael Hicks has been a figure central to the study of fifteenth-century England. His scholarly output is remarkable both for its sheer bulk and for the diversity of the fields it covers. This extraordinary breadth is reflected by the variety of subjects covered by the papers in the present volume, offered to Professor Hicks by friends, colleagues and former students to mark his retirement from the University of Winchester. Fifteenth-century royalty, nobility and gentry, long at the heart of his own work, naturally take centre stage, but his contribution to economic and regional history, both in the early part of his career as a research fellow at the Victoria County History and more recently as director of a succession of major research projects, is also reflected in the essays presented here. The individual contributions are populated by some of the major characters of Yorkist England, many of them made household names by Professor Hicks's own writings - King Edward IV and his mistresses; the Neville earls of Warwick and Salisbury; the Stafford, Herbert, Percy, Tiptoft and de Vere earls of Devon, Pembroke, Northumberland, Worcester and Oxford - while the themes covered span the full panoply of medieval life: from treason to trade, warfare to widowhood and lordship to law enforcement. Equally broad is the papers' geographical spread, covering regions from Catalonia to Normandy, from Hampshire to Yorkshire and from Worcestershire and the Welsh marches to East Anglia. Contributors: Anne Curry, Christopher Dyer, Peter Fleming, Ralph Griffiths, John Hare, Winifred Harwood, Matthew Holford, Hannes Kleineke, Gordon McKelvie, Mark Page, Simon Payling, A.J. Pollard, James Ross, Karen Stoeber, Anne F. Sutton
Toon meer Toon minder

This festschrift with its uniformly excellent collection of articles does justice to someone who has made such a significant contribution to the writing of the history of the late middle ages. SOUTHERN HISTORY As is always the case with The Fifteenth Century series, the articles are thought provoking and the chapters cover a wide range of themes. The volume is an excellent addition to the series, and one which pays tribute to an outstanding scholar. THE RICARDIAN