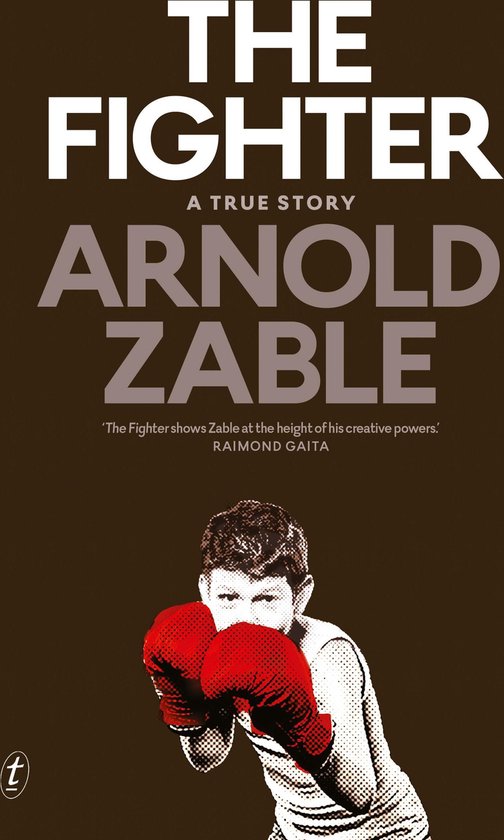 Henry Nissen was a champion boxer, the boy from Amess Street in working-class Carlton who fought his way up to beat some of the world's best in the 1970s. Now, he works on the Melbourne docks, loading and unloading, taking shifts as they come up. But his real work is on the streets. He's in and out of police stations and courts giving character statements and providing support, working to give the disaffected another chance.


And all the while, in the background is the memory of another fighter, his mother—and her devastating decline into madness.


The Fighter is a moving and poetic portrait of a compassionate man, but also a window onto the unnoticed recesses of Melbourne.


Arnold Zable is a highly acclaimed novelist, storyteller, educator and human rights advocate. His books include Jewels and Ashes, The Fig Tree, Café Scheherazade, Scraps of Heaven, Sea of Many Returns and Violin Lessons. He lives in Melbourne.


"Written in Zable's lyrical style, The Fighter reads like a novel. The text provides many aesthetic pleasures; it also has heart and soul. This is an excellent addition to the literature on the survivors of war, focussing on the grief their families inherit.' Books + Publishing


"His ability to see the beauty in the ordinary in a world obsessed with the extraordinary informs every aspect of Zable's writing.' Australian


"Arnold Zable is a writer who turns the unnoticed and the overlooked into something fine and lustrous.' Courier-Mail


"Arnold Zable is a long-distance athlete among novelists, and his command of his material is superb…Years of reflection and his own life experiences have contributed to the mastery with which Zable explores the themes of displacement, loss, nostalgia and homecoming in all of his books.' Canberra Times


"Arnold Zable performs his own masterclass in literary shadowboxing in The Fighter...[He] has a superb eye for detail and it serves the narrative exceptionally well…Zable channels the story of an ordinary man, a good man, who, to this day, is still winning on points.' Saturday Paper


"[Zable] takes the art of the novel—the attention to tone, rhythm and perspective—and applies it to the true story of Nissen…This book is about more [than boxing]: endeavor, belonging and redemption...It's also about Melbourne, its light and shade, and the people who fall between the cracks and the ones who survive.' Herald Sun


"A poignant tale of fortitude, love and sorrow…Arnold Zable draws an evocative portrait of post-war Carlton, underpinning his story of the compassionate man and the forces that moulded him.' Chronicle


"A truly inspiring slice-of-life tale…[Zable] skilfully peels back the layers of Henry's troubled mum Sonia and the effect it has had on the family.' Adelaide Advertiser


"Nissen is an unlikely hero, and Zable recreates his world with the utmost respect...The Fighter is an autumnal book, with leaves of many colours and limbs heavy with fruit. It offers a rich sense of the ways in which pain can mellow and create community.' Australian Book Review


"A study of loss, memory and displacement embodied in the lives of the previous generation, the refugees from Nazism and the war in Europe...In Zable's sensitive hands, each individual story of survival belongs to all.' Australian


"The Fighter does not merely echo the slang of Melbourne's once mean, working-class streets or the cries and clangs of its equally mean docks, but it also utterly inhabits its protagonist's voice and perspective. This book is an intriguing, compelling, moving and lyrical hybrid between memoir and fiction, just like the many lives of its subject, Henry Nissen. Boxer, dock worker, social worker, son, brother, husband and father, Jew and Australian, Nissen's life story is, literally, stranger than fiction — and more heart-breaking and inspiring than any novel could ever imagine.

Zable unflinchingly tells Nissen's inspiring and affecting story. In vivid, evocative prose he celebrates not only Nissen's many unprecedented achievements in the boxing ring and his tireless, selfless work with Melbourne's most desperate, but also the achievements of his family, friends, and community. Skilfully juxtaposing the intersections between boxing, fighting and survival, good luck and bad, sanity and madness, this sensitively written book is ultimately a paean of hope and dignity, generosity and optimism, courage and love.' Judges' comments NSW Premier's Literary Awards