The Food of the Gods and How it Came to Earth LUISTERBOEK Luisterboeken beluister je met de bol.com Kobo app. 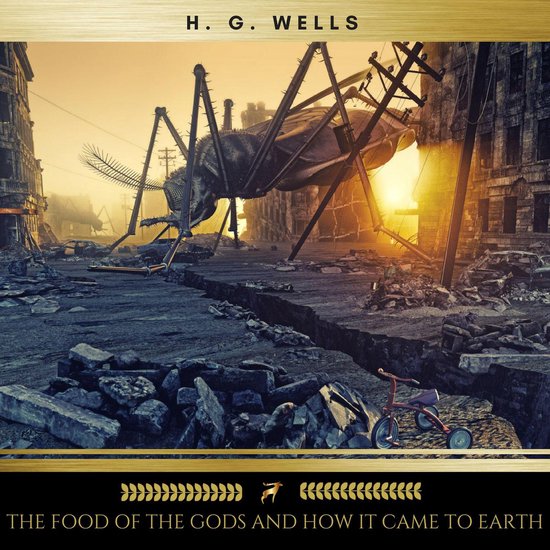 What happens when science tampers with nature? A riveting, cautionary tale with disastrous results reveals the chilling answer. Hoping to create a new growth agent for food with beneficial uses to mankind, two scientists find that the spread of the material is uncontrollable. Giant chickens, rats, and insects run amok, and children given the food stuffs experience incredible growth--and serious illnesses. Over the years, people who have eaten these specially treated foods find themselves unable to fit into a society where ignorance and hypocrisy rule. These "giants," with their extraordinary mental powers, find themselves shut away from an older, more traditional society. Intolerance and hatred increase as the line of distinction between ordinary people and giants is drawn across communities and families. One of H. G. Wells' lesser-known works, The Food of the Gods has been retold many times in many forms since it was first published in 1904. The gripping, newly relevant tale combines fast-paced entertainment with social commentary as it considers the ethics involved in genetic engineering.