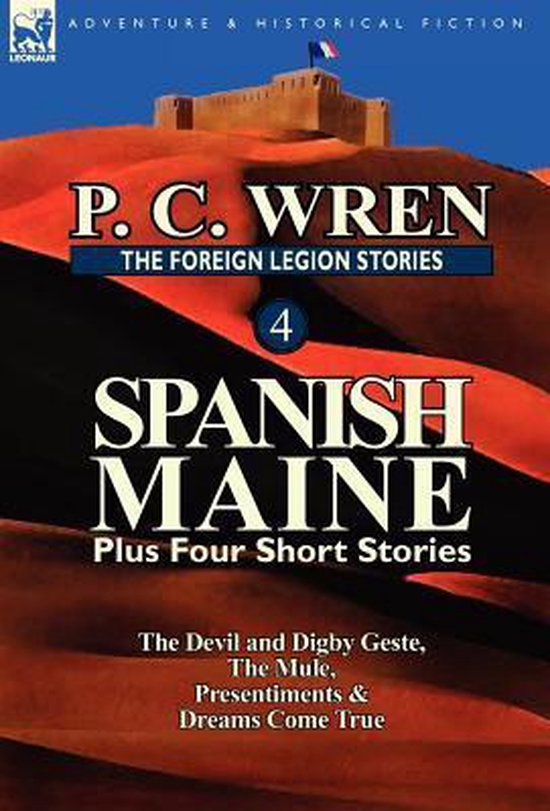 The collected Gestes-volume four of a four volume set
There are some works of fiction and their characters, that are familiar to practically everyone-whether they have read the books or not; King Solomon's Mines and Alan Quatermain, The Prisoner of Zenda and Rudolf Rassendyll, The Hound of the Baskervilles with Sherlock Holmes and his faithful Doctor John Watson and The Thirty Nine Steps and Richard Hannay, to name but a few. Cinema, television, radio and even comics have all played a part in ensuring that books such as these and their central characters have become cultural icons that are forever part of the collective consciousness. There can be no doubt that the same applies to P. C. Wren's novel Beau Geste, which features the memorable John Geste and his brothers. Wren, more than any other author, was responsible for bringing an awareness of the French Foreign Legion to the public. Having served in the Legion he knew it well, and through his popular and romantic novels, his tales of regiments of mercenaries comprised of the dregs of society, thieves, murderers and professional soldiers of fortune, it quickly captured the public imagination. So too did one of the Legion's most infamous battlegrounds-the burning sands of colonial North Africa. Wren created a legend of the most potent kind-an image of a straggling line of tired, sweating men upon the endless dunes of the desert, all wearing the famous kepi-blanc with its familiar neck flap. These 'heroes' would battle their despotic officers as readily as the marauding Bedouin tribesmen and knew what it was to 'march or die ' It is often the case that modern readers know of the best known character or most famous work of an author but remain unaware that, at the time they first published, the public demanded more such adventures. There are, in fact, four full length novels and a number of short stories featuring the Gestes and the Foreign Legion and all have been gathered in this special four volume Leonaur collection for readers to own and enjoy.
This final volume contains Spanish Maine and four short stories: The Devil and Digby Geste, The Mule, Presentiments, & Dreams Come True.
Leonaur editions are newly typeset and are not facsimiles; each title is available in softcover and hardback with dustjacket; our hardbacks are cloth bound and feature gold foil lettering on their spines and fabric head and tail bands.
Toon meer Toon minder