The Formation and Progress of the Tiers Etat, or Third Estate in France 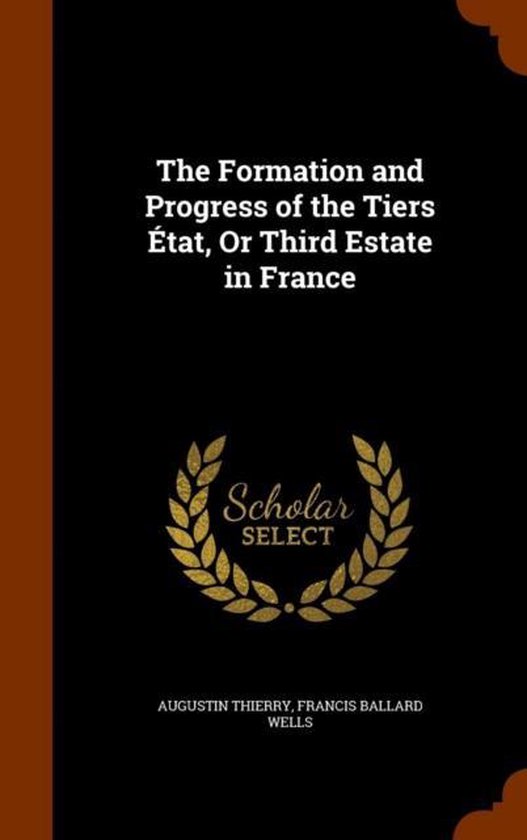 This is a history of the France that traces the development of the Third Estate in France, developments that were affected by the Middle Ages and underwent a transformation during the French Revolution. From the intro:“The work which forms the principal part of this volume is the summary of all my labours relative to France. It has been composed as an introduction to the collection of unpublished records of the history of the Tiers Etat, one of the publications of historical documents ordered under the last reign. It is a survey of our national history, taken in those years in which the author, carrying his observations back to the distance of seven centuries, and thence bringing it down to the state of things around him, remarked a regular succession of civil and political progress; and recognised, at each end of the road which he had travelled over, the same nation and the same monarchy, connected one with the other, modified under the same circumstances, and exhibiting their last change consecrated by a new compact of union. Considered from this point of view, the history of France appeared beautiful in unity and simplicity. I have vividly felt the grandeur of such a spectacle, and under its impression, I have conceived the design of bringing together continuously into one narrative the facts which mark through successive ages the gradual development of the Tiers Etat, its obscure sources, and the part which it bore in a slow but always progressive influence upon the social life of the country.In order that the nature of this work may be perfectly understood, I must fix the true sense of the words Tiers Etat in the mind of the reader. The space which separates the present time from the old regime, and the prejudices which were spread by systems tending to divide the population of the nation, which is to-day one and the same, into classes mutually opposed to one another, have obscured in the minds of many persons the historical idea of that which constituted in former times the third order in the States-General of the kingdom. There is a disposition to suppose that this third order then answered to what is now called the bourgeoisie; that it was a superior class among those which were out of the pale of, and, in different degrees, beneath the nobility and the clergy. This opinion, which, besides its falseness, has the evil of making an antagonism appear to have its foundation in history, though it is in reality but an invention of yesterday, and one that is destructive of all public security, is in contradiction to all the ancient proofs, to the authentic acts of the monarchy, and to the spirit of the great movement of reform in 1789. In the sixteenth century some foreign ambassadors, describing the political constitution of France, said, “What are called the States of the kingdom consist of three orders of persons, who are, first the clergy, next the nobility, then all the rest of the population. The Tiers Etat, which has no particular name, may be called by a general one, the state of the people.”* The order of Louis XVI. for the convocation of the last States-General designated, as having a right to be present at the electoral assemblies of the Tiers Etat, “all the inhabitants of the cities, boroughs, and rural districts, French by birth or naturalization, of the age of twenty-five years, having a fixed residence or entered on the list of taxes.”† Lastly, at the same epoch, the author of a celebrated pamphlet, reckoning the number and maintaining the unity of the plebeian order, threw out, as an utterance of the opinion which was almost universal, these three questions and answers, “What is the Tiers Etat?—Everything. What has it been hitherto in the political order?—Nothing. What does it require?—To be something.”
Toon meer Toon minder