The Four Horsemen of the Apocalypse The Revelation of John 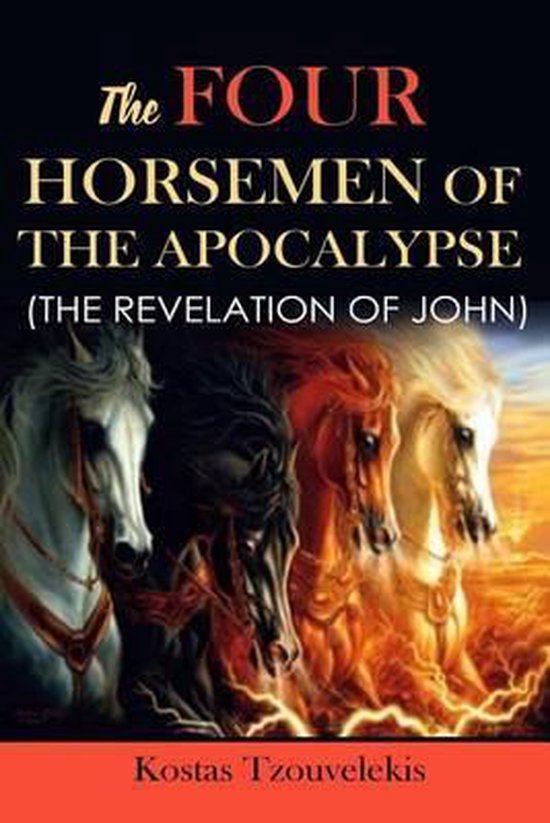 In my previous three (3) books which are: 1) The true Interpretation of the Revelation of John and the Bible 2) The Seven Golden Bowls of the Wrath of God, Book One 3) The Seven Golden Bowls of the Wrath of God, Book Two and which can all be found on Amazon in Kindle and in Paperback form, it must be pointed out that, many important verses of the Revelation of John as well as some significant verses of the Bible, were correctly Interpreted and Published for the first time on a worldwide scale. The present book, The Four Horsemen of the Apocalypse, continues in the same powerful mode and reveals a subject which is very much sought and searched by many people who want to discover the truth about this very powerful issue. I have already indicated the fact that the Bible, which is the Word of God, cannot be Unsealed by anyone no matter how much he tries to achieve this formidable task, unless God Himself gives to him the key of David as stated in the Revelation of John in Chapter 3 verse 7. In addition, I have indicated many times that certain verses in the Bible have been used on purpose, in order to Seal the Scripture, until the right time comes as set by God and only then can the Scripture be correctly and truly Unsealed and finally Interpreted. The fact that what I am offering here as well as in my other books, is the True and Correct Interpretation of the Revelation of John and the Bible is also confirmed by the effortless and simple way that these verses, which were used on purpose I repeat in order to make all other Interpretations null and void, are now easily Interpreted. On top of that, it is quite obvious that the Interpretation offered here and in my other books, is in complete conformity with the World's Historical stratum. The Four Horsemen of the Apocalypse is a very hot issue right now and it is searched by many people who desperately want to find out the meaning of the White Horse, the Fire Horse, the Black Horse, the Pale Horse as well as their Riders. I want to make crystal clear that there is absolutely no way to provide the true Interpretation of the Revelation of John and of the Bible, prior to the year of 1896 A.D., since this was the year that was Stigmatized by God to be the year of the true Interpretation of these marvelous Books, which undoubtedly contain the infallible Word of God. And because I want to remove even the slightest possible doubt from the mind of the important reader of this book, here is the proof of this tremendous issue. The great Prophet Daniel in Chapter 12 verse 4 was ordered to Shut up the wonderful words that He heard coming straight out of the Golden mouth of Jesus and to Seal the Book until the time of the end where many shall run to and fro, and knowledge shall be increased. Then Daniel in the same Chapter in verse 7, actually heard the time of the end that these wonderful things will be Unsealed, where knowledge shall be increased, which definitely refers to our epoch where knowledge has dramatically increased. Because as Daniel himself states, He heard Jesus Christ saying that in time, times and half of a time all these things shall be known. Daniel actually saw Jesus Christ Our Lord standing above the Water of the Euphrates River and raising both of His Hands and swearing to Him who lives forever and ever, that a brilliant amount of Knowledge was going to be poured upon humanity in time, times and half of a time. The time period time, times and half of a time, is equal to twelve hundred and sixty (1260) years and it is the time period that the Prime of the Christian Church, the Christian Church of Jerusalem, was displaced to the desert Monasteries of Egypt in order to be saved by the rapid and savagerous expansion of Islam. All this is very clearly outlined in the Revelation of John which is in complete agreement with what the great Prophet Daniel states above. Because in the Revelation of John in Chapter 12 verse 6 and verse 14, the time period of t
Toon meer Toon minder